We've seen the blunders live on stage when a contestant pulls a question but they have no idea how to answer it. A million thoughts are running through their minds and usually they have nothing to do with the question. The same thing can happen in interview, where the judges only have 10 minutes or less to get to know who you are and what you stand for. There are, of course, ways to answer with your opinion, but the trick is not offending anyone in the process. You're a queen, after all.

Is pageant prep feeling overwhelming to you? Let us mentor you! Click here to get started.

Tough Interview Questions and How to Answer Them

During her onstage question at Miss America 2016, Betty Cantrell was asked about Deflate Gate. She had no idea what the judges were talking about but managed to form an answer. Any question about current events is designed to make sure you have been doing more than practicing your walk and that you are indeed aware of the world around you. So while you're getting your cardio in, have the news on. The National Nightly News is 30 minutes followed by the local evening news, which is also 30 minutes. Boom! 60 minutes of cardio done. To answer about current events, the key is to make sure that you at least sound like you know what you are talking about. If you are in your interview and really have no clue, ask them to clarify and explain it for you. "I'm sorry, I'm not aware of that event, could you explain it please?" Sometimes we just need a reminder as to what it was. If you are in the onstage question portion, do what Betty did. She knew it had something to do with someone doing something wrong, so she said there should be punishment even though she didn't know exactly what that was.

Miss South Carolina Teen USA 2007 got a question asking why she thought a fifth of Americans were unable to locate the United States on a World Map. She stumbled through the entire question, later admitting that she didn't hear the question to begin with. Statistics can throw us off because they include a number mixed in with a bunch of words. It's pageant algebra; and for those of us whose mind shuts down when numbers start getting thrown in with letters, it makes answering the question difficult. The key here is not to focus on the number. Formulate your answer just as you would if they had said, "Some Americans can't find the United States on a World Map; why?" Don't overthink it and get bogged down in the numbers.

Judges use these kinds of questions to get to know you and your personality. If you're like me and have multiple favorite movies and favorite books, pick one. Not being able to pick just one makes you sound indecisive and can take up a lot of space on your bio form. Keep it short and sweet.

I despise this question. The last two years I competed in pageants where I didn't even know where I was going to be after I checked out of the hotel room. I was a teacher, and I had been laid off. I've also had pageant interviews where I've said, "I interviewed for a job this morning and was offered the position." I've stopped making plans farther than a year ahead as a result of the ever-changing current in my field. But, the judges don't want that. They want to know that you have a plan, and with a plan comes a vision for your future. No matter how bleak or improbable you think it may be, have a plan. Where do you hope to be living, what do you hope to be doing, will you still be working with your platform? Consider these questions, make your plan and be proud of it.

6. Other than your Mom, what woman has had the biggest impact on your life?

This is a common question, especially for Teens. However, we did see a version of it at Miss USA 2015 when the girls were asked who they would like to see on the $20 bill, and Miss Colorado 2015 was asked the same question during her onstage question at Miss America 2016. Judges want to know that you look for influences beyond your family. Don't jump to Grandma or an Aunt here. A teacher can be a good option or even a famous woman in history as long as you can back up why their historical significance has made an impact on you today.

5. Look in this mirror, what do you see?

After the Evil Queen image dies down in your head, remember, the judges are asking a question like this to throw you off. You're not expecting someone to hand you a mirror mid-interview. You're probably wondering if you have lipstick on your teeth. But that's not it. It's just a way for the judges to get you inside of your head but out of your "pretty box." Be honest. How do you see yourself? This question can also be asked, "How would you describe yourself?" Sans mirror.

Believe it or not, this was a question asked to one of our TPP queens in an interview when she was a junior teen. To answer, list three things on the inside that people don't see from the outside, or maybe how your friends or family would describe you. Don't repeat what is on your bio form, though.

4. Other than you, who should we pick for this title?

This question is tricky because it throws you off. You immediately start wondering what on earth you did wrong. But that's the game plan. Stay calm. Pick a girl you would genuinely be happy for if she were to win instead of you. The girl you'd vote for Miss Congeniality. The girl who has been a big help behind the scenes. Even the girl who has been here year after year and hasn't won. Say to the judges, "Even though I feel I would be the perfect titleholder, I would be really happy if so-and-so won because she..." and describe why.

You are your own competition in pageantry, and confidence is key in answering this question. Be genuine in your response and give a shout out to the girl who has been by your side throughout it.

Miss Hawaii USA 2016 was asked in front of the world who she planned to vote for during her onstage question at Miss USA 2016. She managed to stay neutral, which is the key to any political question asking you to choose a side.

Miss California USA 2009 was asked if she felt every state in the US should legalize same-sex marriage. Unlike Miss Hawaii USA 2016, Carrie ended her question by taking a personal stance on the issue, which didn't go over well. While it is perfectly fine to have your own opinions, here is where expressing them like a queen comes into play, since during your reign you will be around a variety of different people with different views. To answer this question, if you feel it necessary, state your view first, "While I feel that..." but then state the opposing side, "I understand that..." Close with, "As a result..." or "However..." Stating both sides to the view is important and you won't sound, "stuck up," or "spoiled." With everything going on in the world, be prepared for lots of questions that face a lot of opposition. It is your job to be a queen and handle it with grace and class, and the way to do that is by recognizing and acknowledging all sides before offering a solution.

1. Tell me about yourself.

This is the hardest question of all, and it's not asked in just pageant interviews but in every interview that you will ever have, so be prepared. "Girls often answer with their name, their age and where they are from," said Cheri Kennedy of The Image Group. "If they're a Mrs., they tell how many children they have and how long they've been married." Cheri cautions, "Theses are all things usually on your application. It's not necessary to tell the judges this information again; they have read it." To answer this question, Cheri said, "So, give them something fun or something interesting about you. Share three different facts ending with the one you love talking about most. Then the judges will ask you about that last statement and you're off on a wonderful conversation on a topic you know well."

Remember the rule of three. Three things about yourself, three reasons to support an opinion, three reasons why something is your favorite. Sticking to the rule of three helps to keep you from rambling and keeps the interview going. You can follow us on Instagram @pageantplanet for our Question of the Day or you can get a several practice questions delivered to your inbox every day by signing up for Pageant Daily:

How to Succeed in Pageant Interview

How to Perfect Your Pageant Walk

Crown and Sash Etiquette: Are You Breaking the Rules? 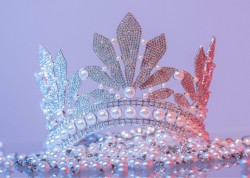 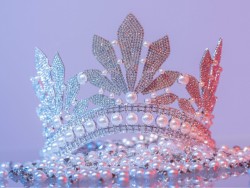 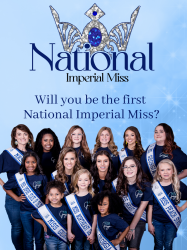 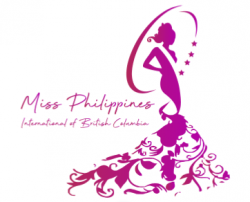 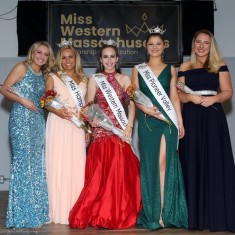 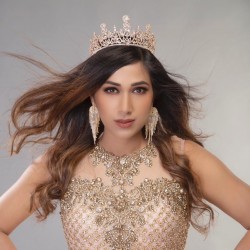 Mrs. Planet is an international pageant for women from across the globe!