Crown and Sash Etiquette: Are You Breaking the Rules? Share on Social Media

Some systems do not clarify the "rules" or "etiquette" of wearing your crown and sash, but it is a topic of great importance for pageant queens and directors. Without realizing it, wearing the wrong sash and crown to an appearance or wearing your sash and crown post-reign could show disrespect to the system and current titleholder. As that is something that you would never want to do intentionally, here are some guidelines for sash and crown etiquette. Laura Hunter, director of Ms. World, and D'Vanya Hinsey, director of Elite International, give their input as to what is (and isn't) appropriate to wear to an appearance.

Once your year is over, directors agree that you should retire the sash and crown. Wearing either post-reign could show disrespect to the current titleholder. In the pageant industry it is often perceived as deceitful or a way of not letting go of your title, neither of which you would want to convey to others. With a great reign behind you, you wouldn't want to overstay your welcome by continuing to wear your past sash and crown and taking from the current queen's spotlight. Regardless of the good intentions that you may have for wearing them, treat others how you want to be treated. If you wouldn't want a former queen wearing a sash and crown concurrently during your reign, retire them after you give up your title. "Directors should also protect themselves by listing the year on their sash so that if this does occur people will know that her reign is over," said D'Vanya.

For a church or religious event, consider leaving the crown at home. You may not have any appearances in this setting, but if you do you want to show the utmost respect to the service as a titleholder. "Your beautiful crown can be very distracting in these environments," said D'Vanya, director of Elite International.

Unless you are crowning your new queen, leave the crown at home when attending a pageant. You want to grant the future pageant queen on stage the same experience that you had as a queen, and allow her the spotlight. Wearing your crown to someone else's crowning draws a lot of attention to you and could even bring about a comparison of the crowns by others in the room. This is easily avoidable by sticking to your sash alone at another pageant.

4. Another System's Sash and Crown

If you've won a title in one system, make sure to stick to the sash and crown they give you for their appearances. Wearing the sash or crown from another pageant gives the appearance that you think this pageant is less important or that you couldn't be bothered to distinguish between the two. Neither is an acceptable excuse for a queen. You won because of your grace and character, and you want to continue to display these characteristics after your win and show respect to each title that you've earned by wearing the appropriate and coordinating sash and crown.

Are there exceptions to these rules? Quite possibly, but breaking them causes a lot of disrespect and misunderstanding, so you wouldn't want to do so unless you were absolutely sure that everyone else agreed with the decision. That includes that current titleholder and director. "In my opinion, once a title is given up neither the sash nor crown should be worn again in public, ever," said Laura Hunter, director of Ms. World. What if it was planned before the end of the reign? Or it's an issue of great importance to your family? Though these reasons may lead you to believe that wearing a former sash and crown can be justified, ultimately wearing a retired sash and crown is wearing a retired sash and crown, and should be avoided regardless.

"I think its important that every queen comes to terms with the fact that when her time is up, it's up. It's no longer about her. Both etiquette and grace dictate that a queen should totally and completely step down after her reign by hanging up the banner and crown, for good," said Laura.
We hope that this clears up any questions you may have had regarding which crown and sash you should wear to your next appearance. If you are still unsure, don't be afraid to reach out to your director and ask for his/her preference.
Click to buy the dress you just liked
Share on

Why You Should Compete as a Ms Contestant

6 Pageant Platform Money Raising Ideas That Are Guaranteed to Work!

0 thoughts on “Crown and Sash Etiquette: Are You Breaking the Rules?” 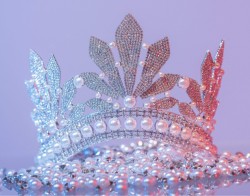 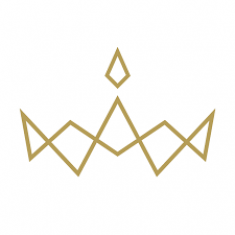 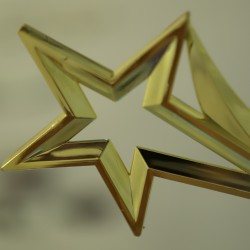 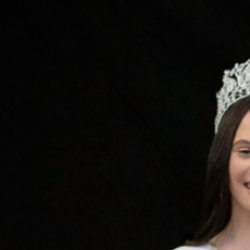 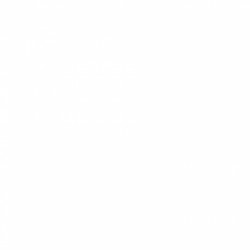