In the pageant world, we know of hundreds of thousands of pageant systems. But many pageant systems seem to stand out with how popular they have become or how long they have been a popular item. Note: Now before getting started, this isn't an article about which is better, but rather what each wonderful system has to offer, and which would be best for YOU to showcase your pageant abilities.

The United States National Pageant (USNP) crowned their first titleholder in 1925 to Miss California. The pageant consists of private interview, evening gown, on stage interview and swimwear. The competitors also must choose a platform to stand for throughout their time competing and reigning, and this will be the organization or foundation they support and advocate.

The USNP system begins its pageants for the system with a local title, which then proceeds to the state title and then national title of Miss United States. The Miss United States national titleholder is awarded thousands of dollars in sponsors for makeup, jewelry, talent agents, wardrobe, guest appearances, traveling, hair, and photoshoots.

The Miss America Organization (MAO) began their competition in 1920, where is was originated to extend the summer season while also awarding young girls scholarship money. This system consists of, like USNP, private interview, evening gown, onstage interview, and unlike USNP, talent.

The competitors must also choose a platform to advocate for throughout their time competing and reigning, and this will be the organization or foundation they support throughout their time competing and reigning in the system. MAO has recently undergone a lot of change, including the elimination of the lifestyle and fitness portion of competition and an new direction for the organization, known fondly as "Miss America 2.0" by the new leadership.

The Miss America Organization also awards a teen title each year, for the Miss America's Outstanding Teen pageant for ages 13-17.

The MAO system also begins its pageants for the system with a local title, which then proceeds to the state and then to the national title of Miss America. The Miss America Organization is the number 1 scholarship provider to women in the world.

Miss America is sponsored with thousands of dollars in makeup, wardrobe, hair, traveling, photo shoots and much much more.

Each system is wonderful, and unique, in their own way. Being a girl who is a current MAO title holder, I do praise the system I am in. But also being a PP girl, I praise other systems that rejoice in awarding young women who work hard, are intelligent and well spoken, and look darn good while doing it all. So which do I choose? I'm sorry ladies but I will have to say ...BOTH! I can't pick one system over the other simply because I love them both. But what do you think of each system? Let us know which is your favorite, and what you find so awarding about each. If you're still battling which system you should go into, just try both. If you find you do better in one than the other, then head down that road and see where it leads you. So go out and spread your Swarovski bedazzled wings to soar into the pageant world. This is a world needing to be taken over, needing a queen for the job. So ladies, if the crown fits... well, you know the rest. ;)

How to Master Onstage Introduction

5 Positive Things We Learn From Pageantry 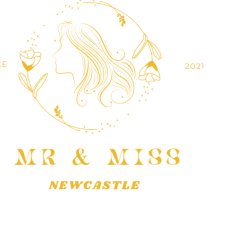 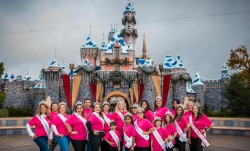 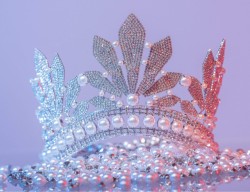 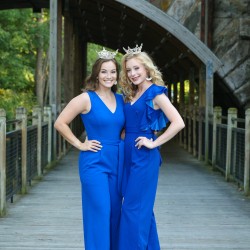 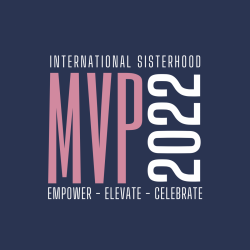