Top 10 On Stage Questions (and Answers) Share on Social Media

Oh, the dreaded on stage question.  Jaws theme music should be playing in the background as contestants feel like they are walking the plank.  Coaches and directors try to reassure us that it is not a life or death situation, but we have seen many of our favorites stumble during the on stage question round and then place runner up.  But, we have also seen the other sides, where a girl stumbles and still wins or takes advantage of the others’ slips and slides on in with a smooth answer.

Sometimes it’s the wording of the question that gets us, other times we may not understand when it was asked. However, in writing this we noticed a trend.  Pageant contestants are often given 20-30 seconds to offer a solution to issues pertaining to Women’s Rights and International or Race Relations.

Now have you ever seen a Presidential Candidate do that in that amount of time?  No, they have a campaign, a debate with 2 minute answers and if they win, 4-8 years to put it in practice.  Meanwhile, you’re in heels and a gown, hoping you don’t have lipstick on your teeth, for 20-30 seconds and one year; and time is ticking.  So stay calm.

Is pageant prep feeling overwhelming to you? Let us mentor you! Click here to get started.

1) What is the biggest change you would like to see young women in the next generation?

This question was asked by Miami Marlin’s Outfielder, Giancarlo Stanton, to Miss Netherlands at Miss Universe 2015.  She had trouble understanding him at first but still managed to give an answer to the question that also reflected her platform.  Her answer, “I am an ambassador for child prostitution and I want child prostitution to stop. So that’s what I want for the next generation.” (Read: Top 25 Pageant Questions Asked by Judges in Every Pageant)

2) Last year CEOs in the US made around 300 times the average workers’ salaries. Should the government impose boundaries on salaries for executives?

This question was asked at Miss USA 2015 to Miss Texas USA by Michelle McLean-Bailey, Miss Universe 1992.  Her answer, "That's a very good question. You know, I think that if you work hard enough, you can attain anything. This is the land of opportunity and CEOs -- I believe that they work hard enough for their money, so I believe that they should be able to attain whatever it is they are working for."

3) In light of many recent political controversies, do you feel as a titleholder it is better to take a neutral stance or express your personal opinion on the issue at hand?

The number 3 question was asked to each of the Top 5 delegates at Miss World America 2015.  Victoria Mendoza, Miss World America 2015, answered the question as follows. “Thank you, I think that it is very important to stay true to who you are and have your own opinions but at the same time as Miss World America, you are representing your entire country.  With that being said, I think it is important to represent all the opinions that people may have in your country.  So while you may feel one way about and issue or controversy I think that it is your job as Miss World America to not voice your opinion, not publicly, you may be able to share those feelings with your family or loved ones but I don’t think as a titleholder you should be voicing your opinion on very controversial issues.”

4) We were all rocked by video of football star Ray Rice punching his wife Janay, she’s standing by him. As a woman, what do you think of her decision?

Our next question was asked at Miss America 2015 last September by Kathy Ireland, model/actress and entrepreneur, to Miss Florida.  She gave the following answer, “I know that’s a very hard decision but me personally I don’t agree with it.  My platform is launching and I talk all about making the right decisions and I don’t feel that he did that and I don’t necessarily believe that he deserves a second chance.”

5) There are a record twenty women serving in the Senate, what is one specific issue these women leaders should challenge the male authority and take the lead?

Asked to Miss New York at Miss America 2015 by Lee Meriwether, Miss America 1955.  Her answer, “I really believe that sexual assault in our military is an issue that these women have gone to fight for.  And every single woman that fights in our military deserves the right to be safe, to be happy, and to be respected by those she serves with so those women should go to fight and they are and I am so proud to be one of their constituents.”  Miss New York went on the win Miss America 2015.

6) The savagery of the ISIS threat to our security was demonstrated by the gruesome videos of two journalists and an aid worker being beheaded. What should our country’s response be?

This question was given to Miss Virginia at Miss America 2015 by Brigadier General Anne MacDonald.  Her answer, “This is an absolute outrage and something definitely needs to be done but I don't think America needs to be the only one to do it. I really think it's important for the world, for the UN, to come together and decide what is the best thing we can do to really come together as a bigger and more impactful source to end this horrid, horrid, thing that is happening."  BusinessInsider.com stated that “she nailed it.”

7) According to some reports, one in four college women report surviving rape and attempted rape. What must change so young women are safe on their college campuses.

Asked to Miss Massachusetts by Marc Cherry, television writer and producer.  She responded, “This is something that I have personal experience with when I was in college at Gonzaga University, my best friend's roommate was rapped so I know how hard that was on both of them.  We need to talk about this in schools, we need to make this something that’s mandatory for freshmen women and men to attend, talk about safe drinking because unfortunately, it’s something that does happen as well.”

The audible awes coming from the audience caused quite a stir when this question was asked at Miss Universe 2015.  However, it actually has a good foundation.  Each gender can learn something from each other and it could have been how judge Rob Dyrdek, professional skateboarder and host of MTV’s Ridiculousness, who seemed to be a bit uncomfortable in this situation, asked it to Miss Colombia.  Her answer through a translator, “I believe that women, that’s quite a tough question.  I believe there is still men that believe in equality and I believe that is what women should learn from men.”

9) It has been announced that in the year 2020 a woman will appear on the $10 bill. Which American woman would you like to see on the first printing of the bill and why?

This question was asked to each of the Top 5 Finalists at Miss USA 2015.  It is timely and gives insight into who the contestants find inspirational.  It’s really another way to ask the, “Besides your mother, who do you look up to and why,” question.  The contestants offered the following suggestions, Oklahoma USA first said Oprah but stated she was not eligible and then offered the suggestion of Harriett Tubman.  Texas USA suggested a republican or democratic candidate from the 2016 election.  Rhode Island USA, using her experience from an all-girl school, chose Catherine McAuley, the founder of the Sisters of Mercy and of her school.  Maryland USA said that she would pick Oprah because she is a great role model and transcended many adversities.  Nevada USA stated that she would like to see Rosa Parks because as an African-American woman she feels connected to her.

10) The confederate flag, excessive force by police, and same sex marriage are all recent hot button issues in our country; what do you think will be the next that we need to tackle on a national level?

This question was asked by Brook Lee, Miss Universe 1997 to Miss Oklahoma USA 2015, Olivia Jordan.  Olivia answered, “I think that we still need to talk about race relations in this country. We have not solved this issue. We are still having problems and we keep hearing about new issues that are coming up. We really need to work on being an accepting society and being a society where every single person, no matter your race, no matter your gender, is given the same rights and privileges and opportunities.”  Olivia then went on the win the Miss USA 2015 title.

Honorable Mentions: 11) How do you think technology is affecting your generation’s ability to communicate and relate to older generations?

What stands out about this question is its uniqueness to this particular title.  However, it is a question often asked by any pageant, especially up and coming ones, as the titleholder is the face and voice of the pageant for the next year.  This question was asked to each of the Top 5 Miss United States 2015 Finalists. As you prepare for your next pageant, the key is to stay calm during On Stage Question.  Practice the ones here and keep abreast of global relations and women’s issues.

Have friends, family, coaches and even teachers ask you questions about these issues; 20-30 seconds is a long time, get used to what it feels like.  When the time comes, remember, you are on a stage and you have a voice; you were given it with a purpose, so use it.

Top 25 Pageant Questions Asked by Judges (in Every Pageant)

How to Answer "Why Should You Win This Pageant?"

What is the Difference Between Natural & Glitz Pageants?

0 thoughts on “Top 10 On Stage Questions (and Answers)” 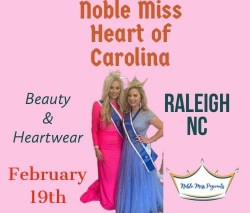 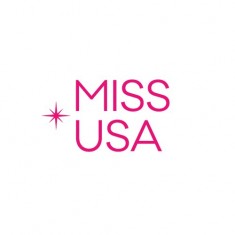 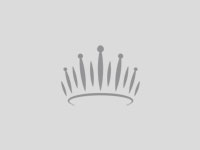 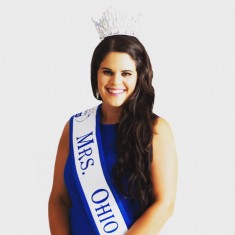