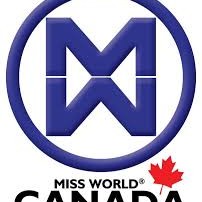 Miss World Canada is the official preliminary to the MISS WORLD pageant, which remains the oldest, largest and the most prestigious pageant in the world.
MTC-W Inc is proud to be the Official producer of the Canadian preliminary pageant to Miss World. The Miss World Canada contest is a Beauty pageant held annually in different incarnations since 1957 to select Canada's representative to the Miss World contest. In 2017 MTC-W Inc. obtained the exclusive rights to send the Canadian representative to Miss World, chaired since 2016 by former Miss World Canada 1996 Michelle Weswaldi. The annual pageant is held each summer in Toronto, Ontario, but in 2020 the national competition was held on November 7th. In 2020 it was integrated for the first time the "Head to Head challenge" competition as part of the Miss World Canada 2020 selection process, where all the 44 candidates faced off in an interview round hosted by the former Mr. World Canada 2012, Frankie Cena , and the first winner ever in Canada was Miss Ottawa World 2020 "Aiona Santana".
×
×
X