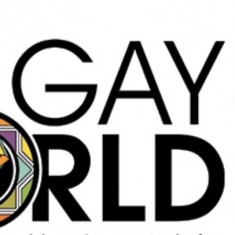 Mr Gay World (established 2008) is a non-profit, independent and non-political competition and organisation. The name, logo and trademark is owned by Mr. Eric Butter who is also the president of the organization.

The Mr Gay World competition strives to be a mentor in grooming gay leaders that will advance gay human rights both locally and throughout the world. As a contestant to Mr Gay World, the delegate signi?es his intent to be honor-bound by the following code of ethics: – To treat delegates, staff, judges and associates with respect and dignity; – To conduct himself with honesty, integrity and fairness and respect to the people around him; – To not discriminate based on race, colour, creed, religion, national origin, age, disability, marital status, gender, gender identity, sexual orientation and/or sexual expression; – To be responsible at all times for the truthful and non-deceptive promotion regarding MGW’s visions; – To support the goals of Mr Gay World, as well as support the LGBT community in general, in a constructive and positive manner; – To conduct business with strict adherence to the laws of their respective legal jurisdictions, the business or professional codes existent in such jurisdiction and the particular business or profession, and in accordance with generally accepted business practices.

Mr Gay World is a network of equals, delegates and producers. It is a competition that draws contestants from all over the world and reinforces the cultural bonds of the gay communities into a positive global network for raising awareness, promoting visibility, offering support to the wider LGBTQ community for human rights and acknowledging the active citizenship of gay people worldwide.

The contestants, as national winners possess many qualities. The winner will have a unique combination of looks, charm, intellect, confidence, awareness and self-esteem.

During the stages of the competition, and particularly in the personal interviews, the judges will focus on a man who: – shows an understanding of the world and people around him; – of how he can help contribute to a more equal and respectful society for all; – has respect for a range of views, but has confidence in expressing his own, when pursuing justice and well-being for gay people in all societies; – embraces cultural, linguistic, ability, gender, age, faith and sexual orientation diversity as norms to be promoted in a respectful world; – can learn, articulate his thoughts and conduct an intelligent conversation with people both gay and straight and even with people who do not share his views or values; – could be the man any group or company would like to have as their representative; – is at ease in any social setting, being formal or informal; – can articulate his opinions and knowledge and without effort convey it to an audience, media outlet or interviewer; – is involved or show in his local LGBTQ community (taking into account legal constraints in certain countries); – can be an ambassador of goodwill between all communities, by being visible, inspiring confidence and reinforcing understanding of the richness of cultural difference globally; – is confident in his own values, attributes and opinion. – is intelligent – with a reasonable general knowledge and a good knowledge of LGBTQ rights issues and recent LGBTQ events worldwide; – is respectful and careful of his appearance and wellbeing.

Each year The Mr Gay World competition (MGW) will look for a destination that wants to host with the intension to visit all regions of the world.

The MGW organisation strides to work and connect with official Mr Gay competitions and producers in each country.

If a country participates in the event one year, it does not confer automatic entry into the event the following year. Likewise if you are not included one year, it does not prevent you from being selected another year. MGW will prioritize diversity in race, age, faith, region, ability, language, appearance and if a country has a well-functioning Mr Gay competition/production in selecting the finalists. A country who wins the final has the right to compete the following year, this also goes for the host country.

If a country has its own registered or established Mr Gay contest and should a country or a local Mr Gay decline an invitation to enter the MGW competition, the invitation can be extended to other possible national partners wishing to enter a delegate who will represent that country in the competition, subject to the MGW Regional Director’s approval.

In exceptional circumstances, if a country does not have an official Mr Gay competition and an organisation and no other national partners or organisers want to appoint, select or nominate a delegate, any gay man with a family address in and passport from a given country can register as a delegate through our Wild Card Program (WCP). The final decision as to whether to accept an independent application or the number of these allowed rests with the MGW executive committee.

All of the delegates will take part fully in the Mr Gay World event and following the final, will act as “ambassadors” for MGW in their region for the year. The Grand finale is a show of winners and national role models. Each delegate will receive two complimentary tickets for his local hosts, arrangers, family and friends. Tickets for friends or relatives can be bought at a later stage.

Delegates will be invited to take part in all segments of the finale and segments will be tailored if necessary to respect differences in ability, language or culture where possible. MGW commits itself to ensuring that all elements of the competition will be appropriate, will not promote negative stereotypes, and will be appealing and comfortable for all delegates.

The executive committee and the host producer of MGW will decide the number of contestants in each year’s competition. One delegate will be crowned Mr Gay World. Two other delegates will be named 1st and 2nd runner up and in the event of the winner not fulfilling his duties satisfactorily or resigning, the runner-up (s) will be invited by the president to succeed to the title in the order that they were successful.