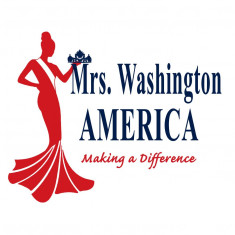 The MRS. WASHINGTON AMERICA Pageants are a prestigious televised pageant for married ladies of all ages and have had a long, successful history in the state of Washington, supporting and empowering women for decades!

Our mission is to empower and mentor women to “Make a Difference” in their communities. You will experience a year filled with free workshops, community service, appearances, parades, fun filled events and parties, and you will meet new friends and create memories that you will cherish for a lifetime!

Even if you do not come away with the crown, you will experience your own WIN with all of the personal growth and development that you achieve, as well as knowing that you are becoming the very best version of yourself, the woman that you have always wanted to be!

In 2018, a brand-new title was created for those women who want to compete in the state of Washington who are NOT MARRIED! That title is called, “Miss Washington For America”. Eligible contestants must be age 18 and above and can be single, divorced or widowed (otherwise unattached), and can have children or not.

ALL THREE of these titles are given away on the same night, at the same pageant, and ALL THREE winners go on to compete at the National Competition in Las Vegas!

Both of the new titles are owned and operated by the "Mrs. America Presents" Pageants organization. There is a “Miss For America and a “Mrs. American” Pageant held in every state!

In addition to being the pageant's Director/Producer/Choreographer/Dance Instructor, Pamela also enjoys designing costumes for Mrs. Washington to take to Mrs. America for the parade of states. She has designed two state costumes that won the national costume award. She designed a costume that represented the state flower, the rhododendron, for Deidra Murphy, Mrs. Washington 2017. She also designed a costume that represented the City of Seattle, which won the National Costume Award with a $1,000.00 cash prize going to Erin Ring, Mrs. Washington 2004. 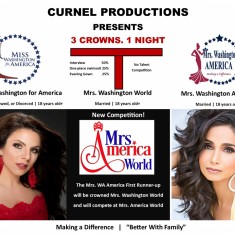 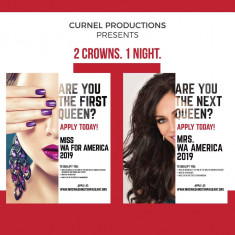