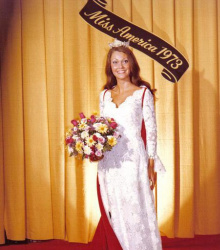 Terry Meeuwsen was the 1972 Miss Appleton, 1972 Miss Wisconsin and the winner of the Miss America pageant in 1973, taking both the talent and swimsuit competitions.

A native of Wisconsin, Terry Meeuwsen grew up with dreams of becoming an actress and singer. After attending St. Norbert College, she moved to L.A. and joined the New Christy Minstrels. Her two-year tour with the group yielded seven recordings and included international travel and a slew of appearances on major television talk and variety shows. In 1973, Meeuwsen was crowned Miss America, and after devoting a year to fulfilling her duties in that role, she returned to acting and singing.

Shortly thereafter, in 1976, Meeuwsen began working as a host in TV broadcasting at the NBC affiliate in Milwaukee, Wisconsin. She quickly became a familiar face on The 700 Club in the early 1980s, appearing on the program many times as a guest co-host. After taking time off from her successful career in 1986 to devote more time to her growing family, she returned to the broadcasting world in June 1993. It was then that she became a permanent co-host on The 700 Club, joining Pat Robertson on the program, which is broadcast daily from the Christian Broadcasting Network (CBN) studios in Virginia Beach, Virginia.

It is Meeuwsen's diverse background as a singer, broadcaster, former Miss America, and working mother that makes her equally adept at either interviewing a Hollywood celebrity or working with kids through Orphan's Promise, a CBN international outreach to orphans and vulnerable children worldwide. (www.orphanspromise.org)

An equally talented author, Meeuwsen has also written several books, including "Christmas Memories: From Our Heart to Yours"; "Near to the Heart of God", a devotional book for women; and "Just Between Friends", a book celebrating special friendships in our lives. Her most recent release, "The God Adventure", shares Meeuwsen's own personal testimony, and tells the moving story of how she and her family were led on their ultimate God adventure to adopt three orphaned Ukrainian girls. The book encourages believers everywhere to abandon their stagnant faith lives to become risk-takers for the Lord.

Terry Meeuwsen, her husband, Andy, and their seven children make their home in Virginia Beach, Virginia. 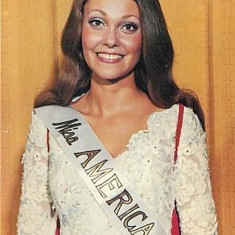 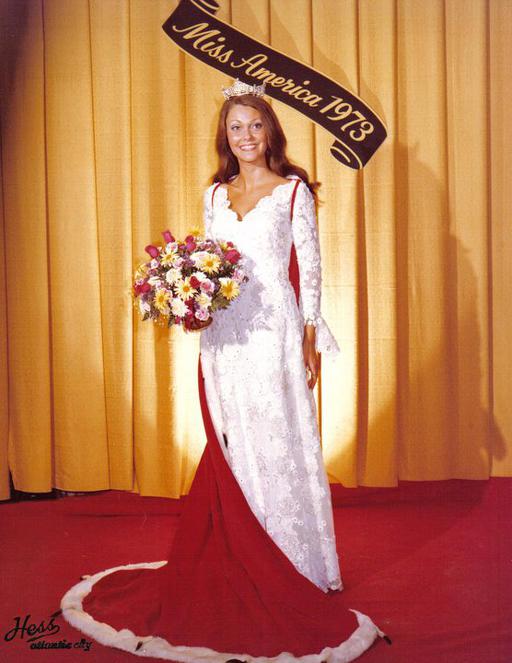 What is the Occupation of Terry Meeuwsen

She was the first Miss Wisconsin delegate to hold the Miss America title. Meeuwsen was selected homecoming queen, and was also a cheerleader for three years. Meeuwsen and her husband, Andy Friedrich, have seven children.