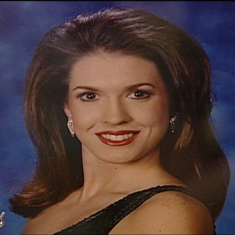 Many pageant hopefuls come to know the history of their system. Here's a little bit of recent news following Tara Grinstead, who was a contestant of Miss Georgia after winning the title Miss Tifton 1999. She made news in 2005 when she went missing after attending the Miss Sweet Potato pageant in October, but we are only now learning of her fate.

What happened in 2005? When Grinstead was reported missing, after failing to turn up to work, the police searched her property for clues. Not much was found, but her home was locked and her car was still parked in the driveway. The only things that were reported missing were her purse and keys. There was no evidence that lead to anyone being charged with her sudden disappearance. Her family reached out to CBS news where they investigated the case. It was broad-cased on "48 hours" under the title of "Stolen Beauty."

Where are we now? Many people had come to the conclusion that after 12 years, Tara Grinstead must have been still missing, or worse, dead. This all became a reality when a tipster contacted the Georgia Bureau of Investigations earlier this year. One phone call opened the case back up and lead to two arrests. These were of Ryan Duke and Bo Dukes (no relation to one another). Duke was held on suspicion of the murder of the former beauty queen, whereas Dukes was charged with concealing a body. Later that same week, Duke was charged with the murder of Grinstead along with aggravated assault and burglary.

Was there justice in the case? Evidence was found that Duke had burglarized Grinstead's home, which resulted in an attack on her life. In recent reports, it has become clear that Duke strangled her to death. Dukes used a relative's farm to destroy as much physical evidence as possible by burning her body. This is such a tragedy for the family of a former Miss Georgia 1999 contestant but can help you remember to stay safe in the future.