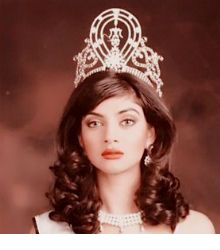 Sushmita Sen was crowned Femina Miss India in 1994 and she later won the Miss Universe 1994 pageant at the age of 18. Sen is the first Indian woman to win the competition.

At the Miss Universe contest, Sen ranked third overall in the preliminaries, behind Miss Colombia Carolina Gómez and Miss Greece Rea Totounzi. Sen went on to place second, fifth and third in the subsequent rounds and finally won the title and crown of Miss Universe 1994. She was the first Indian to win the title.

After the Times Group relinquished the rights to choose the Indian representative to Miss Universe, Sen's project, I Am She – Miss Universe India, took over. It ran for three years (from 2010 to 2012). In 2013, Femina was awarded the contract back. 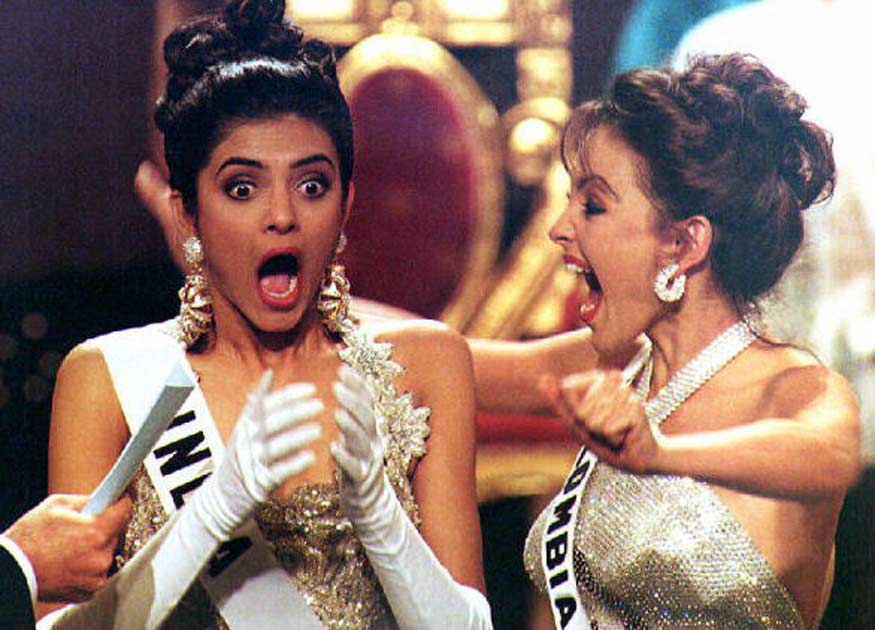 Sen adopted a baby girl in 2000 and a second girl in 2010. After her reign as Miss Universe, Sushmita became an actress. Has been in 35 movies!