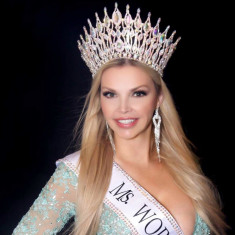 On Sunday, June 17th Sherryl Pascal-Schmidt was crowed Ms. World International 2018-19
Pascal-Schmidt, who has the pleasure of being a new found resident of Free Union, Virginia, is already leaving her mark.
The fifty one year old beauty born & raised in NJ, started her career as a Sag-Aftra actress.
She has been featured on several TV shows, including Royal Pains, Boardwalk Empire, Gossip Girls, House of Lies, Lipstick Jungle & White Collar to name a few.
Sherryl has also appeared in multiple movies, such as “Sex and The City" staring Sara Jessica Parker and “The Rewrite”, staring Hugh Grant.
Pascal-Schmidt enjoys an evervolving modeling career.
She has graced the cover of several magazines and has appeared in Elle magazine, WWD and Pageantry Magazine.

Adding to her resume, Pascal-Schmidt is an accomplished interior designer.
Her work has been published in several design magazines and her former famous NJ home "The Pink House", received the Union County Preservation Commendation award.
Once a ballerina herself, Sherryl held the seat of president on the prestigious board of the New Jersey Ballet Guild.
She was awarded for her Leadership and Service from New Jersey Ballet during their 50th annual Gala held at NJ PAC.

Pascal-Schmidt entered into pageantry 17 years ago to become a more effective advocate for her son who is dyslexic.
Since then she has held many titles from state to national and international levels.
In addition, Sherryl has won many pageantry honors such as, the “Believe in yourself” award.
An award that recognizes strength, compassion, courage, hope integrity, ambition, commitment, values, beauty, virtues and accomplishments.
She didn’t stop there, Sherryl was also the recipient of the “Integrity” award.
This award is given in honor to the lady whose life serves as an inspiration to others.

Sherryl works regularly with several charity’s close to her heart.
Project Semicolon, Mental Health Association, Pilots N Paws, Women Can Fly VA, WIN Foundation and the International Dyslexia Association.
ThyCa, Thyroid Cancer Survivors Association, was yet the most personal and difficult.
In 2000 Sherryl had undergone a total thyroidectomy due to thyroid cancer.
One year later she began her journey to Memorial Sloan Kettern for radiation treatment.
After two years Sherryl’s cancer was in remission.
However in 2007 it reappeared requiring additional treatment.
In 2010 Ms. Pascal was honored for her outstanding contributions to ThyCA.
The WIN organization had been paramount to Pascal-Schmidt in her ending & recovering from a seventeen year emotionally abusive marriage.
She notes, as painful as emotional abuse is, there are so many transformations and blessings that come from learning forgiveness.
Even in the most harmonious looking relationship, abuse of any type can be lurking, the key is to recognize the signs, many that are quite subtle and courageously recognize ones own needs.
So many times we see the red flags and justify them to protect our fears.
Awareness and education are the fist steps to recovery.

Sherryl stresses the importance of balance in life, being true to ones self and to emanate a positive, powerful and radiant presence.
With all her accomplishments, her greatest by far has been the blessing of raising her three children. Victoria 24, Spencer 22 and Maxwell 21.
Family is a unrivaled priority for Pascal-Schmidt.

Sherryl is a peaceful healed woman who credits her success to God, family and the support of her husband Robert Schmidt.
Together they own Seamless Designs for interior renovations and Vintique for designer resale.
The couple travel often and have become the adult “Disneyholics” so much so, they have an Instagram page devoted to their Disney adventures.
Sherryl enjoys spending as much time as possible with her three children, is an aviation enthusiast, exuberant fashionista and has a transforming passion for philanthropy.
During her year long reign, she will work closely with the pageants partner charity, The National Organization for Women’s Safety Awareness (NOWSA) while continuing her personal passions and serving the needs of other organizations. 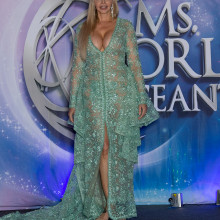 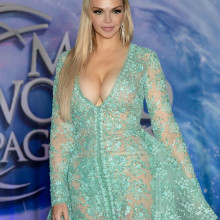 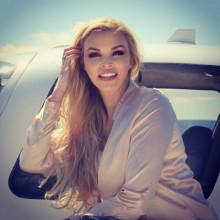 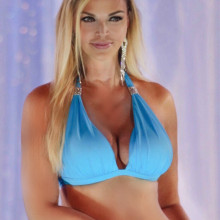 What is the Occupation of Sherryl Pascal-Schmidt

Business owner of Vintique and co-owner of Seamless Designs

Which School Did Sherryl Pascal-Schmidt Attend?

I entered into pageantry 17 years ago to become a more effective advocate for my son who is dyslexic.

I can fly a Plane