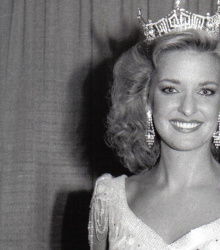 She graduated in 1988 from Brigham Young University with a Bachelors Degree in Communications. Later she went on to receive her Masters in Integrated Marketing Communications from Utah State University. Since her time as Miss America, Wells Hawkes has had many different jobs, ranging from ESPN sports reporter to the Defense Advisory Committee on Women in the Armed Forces.

Starting in 2007, Hawkes has worked to help veterans and their families, including bringing the families of fallen soldiers to Miss America to be recognized each year.

Hawkes' thoughts on the Miss America Controversy of 2018

After Miss America 2018 Cara Mund release a letter detailing mistreatment during her reign, many former Miss Americas started weighing in on the leadership of the Miss America Organization. Wells Hawkes posted the following message on Facebook on August 19, 2018:

"I don’t typically post much on this site, but given the number of inquiries regarding the latest developments regarding the Miss America organizations, I thought it would be most expedient for me to provide my thoughts here. If you’re not following this particular topic, I highly recommend you disregard the rest of my post ?. There are too many other really pressing matters in the world today. Even so…this is part of my life story so I feel like I should weigh in.

I was on a call today with many “formers” and after two hours of discussion, including Q&A with Gretchen Carlson, here was my first thought when I hung up from what you might imagine was tough conference call: This is an impressively and wonderfully diverse group of really smart, passionate women who bear no resemblance to the cookie cutter stereotype of a pageant winner. I loved how intensely everyone wants to understand the facts, and get to the core story. Sure, there was plenty of emotion—after all, this is something that all of us on the call will always have attached to our names. For better or worse, we represent the brand “Miss America” so yes, we all take it very personally when there is anything negative thrown around in both traditional and social media platforms. Especially when facts seem to be irrelevant, rumors are spread as though they are facts, thousands believe 2nd and 3rd hand information that may or may not be true, and misinformation, and even disinformation, is shared extensively based on assumptions that of course it must be “true”. @DebbyeTurner reminded us that there are always 3 sides to the story—one side, the other side, and somewhere in the middle.

After the call, I believe the following. I support Cara (current Miss America) and I support Gretchen. I support the rights of those Miss Americas who signed petitions and those abstained because not all sides had been represented fairly enough in order to take that kind of position. This is not fence-sitting—it is acknowledging the validity and right of the perceptions of one’s personal experience, and that no two people view the same incident in the same way. Each has their own truth, and if they are willing to actually find out what the other side was experiencing, I think most rational people would acknowledge that offenses were taken based on erroneous assumptions.

For instance, a lot of people were up in arms that Gretchen called this a competition instead of a pageant. Really? This is what keeps people up at night? (I might be exaggerating, but it did strike me as trivial) Do they know that it had already been changed 3 or 4 years ago, well before the new administration? That is typical of the “charges” I heard about why the new administration needed to resign. As if a resignation would be the ideal solution 2 weeks before the show. Ok, so now what.

The “now what” is very simply that we have a Miss America telecast in about 2 weeks and we must be “laser-focused” as Gretchen said today to make sure that all candidates (another change—totally fine by me because “candidates” sounds more like the job application this is rather than using the descriptor "contestants") have an incredibly rewarding experience and that the broadcast is aired without a hitch. This is an important goal that I would hope all stakeholders could coalesce around. A resignation of the administration would be purely irresponsible at this time and spell disaster. The right time to discuss next steps is after the competition.

The other thing that really struck me from the discussion is that Gretchen and Regina are working nonstop with zero compensation. I am very curious what the plan is for all those calling for a resignation? Have they already come up with a plan B that includes a variety of potential Chairmen and CEO who work for free, and understand the challenges of a 501c3 or c4? Is there a covert power play going on that I’m not privy to since I’m not on the inside? What is the actual “plan B” of those petitioning for a complete overhaul of the leadership team. Once I know what their plan B is, I think I will have a better understanding if there is a power play waiting in the wings. And frankly, I have no idea if this plan B is better. It might be. I would love for this to be overt so we can discuss an actual plan B. Maybe it’s a national search (is there someone out there who wants to work for free in a crisis mode environment?), and maybe it’s an individual or two who believe they are the solution. And maybe they are. Let’s be open about the proposed plans, rather than just demand resignations.

I won’t be reading comments since I have seen too many others respectfully provide their thoughts on Facebook, only to have nasty comments in response. I’m interested in keeping my life drama-free, positive, productive and solution based. Bottom line, I do think Gretchen should remain the Chair, and Cara has done an amazing job as Miss America--she has a brilliant future. I believe in the power of rational minds to consider--with kindness and respect--the perspective of others. I heard the other side today and I believe there is room for both sides. When they communicated, they understand better. When they understand,, they are more likely to support each other. That is my hope so that Miss America can reach 100 years old in 3 years.

If you read this far, wow, I'm impressed :). And to all those formers on the call who disagreed with me and each other--I consider each of you dear friends and always will. I respect you all tremendously. For the states, the state candidates (past and current), same goes for you. You are all vital stakeholders, thank you for your passion and drive. #MissAmerica2.0 #MissAmericaCaraMund #therealgreatchencarlson" 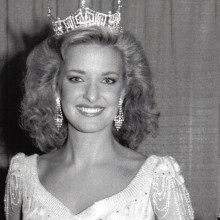 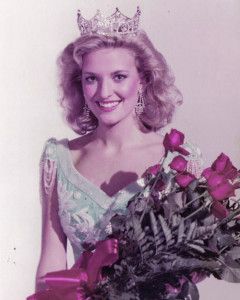 What is the Occupation of Sharlene Wells Hawkes

Singer and President of Remember My Service (RMS) Military Productions

She was the first foreign-born, bilingual Miss America, having been born in Asunción, Paraguay. Wells Hawkes was only the second Miss America from Utah.