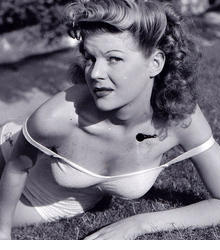 Rosemary won Miss California 1940 at the age of sixteen (two years too young to actually be eligible under rules implemented in 1938) and proceeded on to the Miss America finals in September. After hours of deliberation, Rosemary was named First Runner-Up to Miss America 1940.

The following year, she easily defeated over 500 contestants selected through American Legion contests to become Miss California 1941, and swept to an easy victory in Atlantic City, still one month shy of even being eligible to compete.

Although she was not the only returning state titleholder in 1941, new complaints arose that Rosemary enjoyed an easy victory due to her prior involvement in 1940. To avoid further disturbances, the pageant instituted a new rule, which remains to this day: No contestant can compete in Atlantic City for the title of Miss America more than once.

Rosemary proved to be a highly popular Miss America. She traveled extensively with the USO, selling war bonds along the way. "She wrote us an excited letter about selling $50,000 worth in war bonds in a single day!" says her sister Louise.

During her year of service, Rosemary was signed with RKO films, and made over fifty motion pictures in her career. By the late 1940s, she even had her own radio show, and kept pace with the changing times in a new form of entertainment by becoming one of the first female television hostesses of the popular show "Meet the Misses" with her beloved husband Harry Koplan.

Happily married for twenty-seven years (until being widowed in 1974), Rosemary became the proud mother of Carol Louise and Terry Michael Koplan.

At the 2000 Miss America Pageant, sixty years after Rosemary's first participation in Miss America, her beloved sister Louise presented the Organization with one of her most beautiful oil paintings entitled, "Laguna Shores". 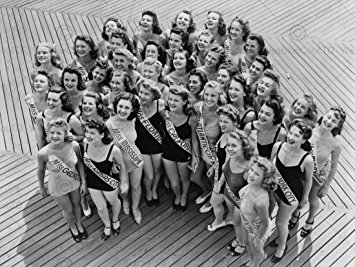 LaPlanche moved to southern California from Kansas with her mother and sister, Louise LaPlanche, at a very early age. Had an active career as a movie actress. Had two children: a daughter Carol and son Terry.