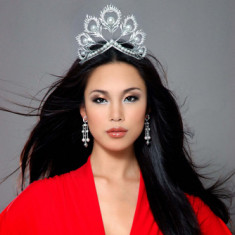 Mori was born in Aoi-ku, Shizuoka, Japan. With her mother working as a dance teacher, Mori began studying dance at the age of four. At the age of 16, she traveled to Ontario, Canada where she lived with a host family and studied at Quinte Ballet School of Canada. She also graduated from Centennial Secondary School located in Belleville, Ontario, Canada.

After many years of training and just shy of turning 19, Mori participated in the Radio City Rockettes Summer Intensive. At the same time, she also registered for her first ever pageant, Miss Universe Japan 2007.

Mori’s dance skills and technique were impressive and she was subsequently offered a place at the Broadway Dance Center in New York. However, Mori declined the opportunity after being accepted to the finals of Miss Universe Japan.

Mori went on to compete and win the title of Miss Universe Japan 2007. The win qualified her to represent Japan at the 56th annual Miss Universe Pageant.

Mori traveled to Mexico City, Mexico in early May for four weeks of appearances, rehearsals and preliminary competitions with the 76 other women competing for the Miss Universe crown. On the final night of competition, Mori was called into the Top 15.

For her onstage question, Mori was asked by Elle magazine fashion director and Project Runway judge, Nina Garcia, to speak about the one lesson she learned as a child that still affects her life. Mori said that since childhood she has been dancing and hence she was constantly surrounded by students and teachers. Due to the interactions with them, she has learned to become always happy, patient and positive in her life. She also expressed a desire to teach these principles to the next generation.

Mori final answer resonated with both the crowd and judges. She was crowned Miss Universe 2007 by the outgoing Miss Universe 2006, Zuleyka Rivera of Puerto Rico, on May 28, 2007 at the National Auditorium located in Mexico City, Mexico.

After her crowning, Mori hit the ground running. As Miss Universe, she traveled to all over the United States as well as Indonesia, Spain, the Bahamas, St. Kitts and Nevis, China, Mexico, Canada, Germany, Vietnam, France, Monaco, San Marino, Russia and Italy. She also made numerous trips to her home country of Japan.

Mori was criticized by some in Japan for being too outspoken and appearing overly confident after she won the Miss Universe contest. Her character and attitude didn’t fit the typical profile of a Japanese female, stereotypically seen as soft-spoken, cute and modest.

Afterward, Mori traveled back to Japan. In 2008, she and her mother opened a multicultural dance school, I.R.M Academy, where she currently serves as the artistic director. She has also continued with her charity work with the Make-A-Wish Foundation, the Special Olympics and HIV/AIDS awareness, the official platform of the Miss Universe Organization. 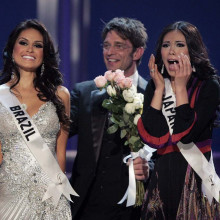 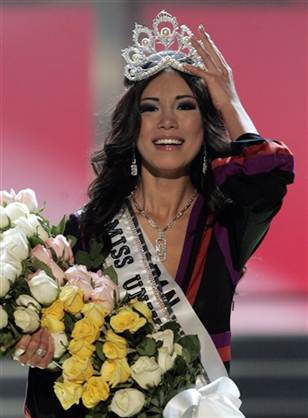 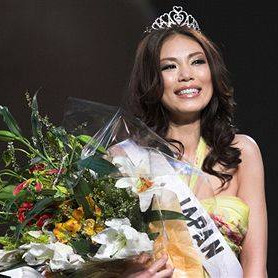 What is the Occupation of Riyo Mori

Which School Did Riyo Mori Attend?

She is the second Miss Japan to win the title of Miss Universe. She still owns her first pair of ballet shoes. She is an only child. She audition for role of Yaeko in "Heroes" (2007), but the role was given to Eriko Tamura. In 2007, she starred in Donald Trump's MTV reality show “Pageant Place.” She appeared in Jessica Simpson's VH1 reality show “The Price of Beauty” in 2010 to showcase the standards of beauty in her home country of Japan. She was a guest judge for the preliminary competition at Miss Universe 2016. passed Rockettes Summer Intensive Program audition as a first Japanese dancer. Went abroad to study at Centennial High school in Canada

Former Miss Universe Riyo Mori: “There Has Been a Shift in Attitude Towards Women in Japan”