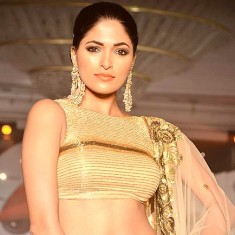 Parvathy Omanakuttan was crowned Miss India 2008 and later became first runner-up at Miss World 2008. She was also awarded the titles of Miss World Asia & Oceania at the Miss World 2008 competition.

Miss World 2008
Parvathy represented India in the 58th Miss World held in Johannesburg, South Africa. On 13 December 2008, she was announced the First Runner Up of Miss World 2008 at The Grand Finale. It was the highest placement of any Indian delegate at the Miss World pageant since Priyanka Chopra's victory at Miss World 2000, until Manushi Chhillar won Miss World 2017. At the pageant, Parvathy also placed Second in the Top Model and Fifth place in the Beach Beauty sub-contests. She was also awarded the title of Miss World Asia and Oceania at the pageant.

Parvathy was the winner of Femina Miss India 2008. Since the format of Miss India had changed from 2007, wherein the winner would represent the country at Miss World, Parvathy was conferred the title of Miss India World 2008 and represented the country at the most prestigious and biggest beauty pageant, Miss World. Parvathy also won the sub-titles of Miss Photogenic, Miss Personality, and Miss Beautiful Hair in the Femina Miss India 2008 pageant.

Parvathy made her cinematic debut through the Bollywood flick United Six; Was born in a Malayali family from Changanacherry, Kerala and brought up in Mumbai; She attended Sheth Chunnilal Damodardas Barfiwala High School and later graduated in English Literature from Mithibai College.