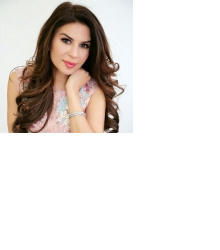 Paris Keswani is Mrs. India Earth 2016-2017! Mrs Earth 2017-2018 Peoples Choice. Mrs Congeniality 2017-2018 at Mrs Earth Pageant, An official Diplomat head of. mission New York represents diplomatic council at United Nations, successful entrepreneur, Owns 13 Jewelry stores in the Bahamas, Los Angeles, New York and London. Has her own Foundation named after her son Prince Foundation Where Paris & her seven year old son Prince feeds 200 homeless people every week and she takes her son to senior facility every wknd. where he reads books to senior citizens, play dominos and boards games with them. Prince Foundation runs annual book, blanket and toy drive for underprivileged youth. Paris strongly believes children learn what see.. and parents are their role models whatever they see their parents do they follow their footsteps. Paris is an amazing mother and teaching her son from the young age how to be kind, caring, loving and how important it is to give back to the community. Paris has been volunteering at New York Cares and Unicef since 2004.

Give Back To The Community!

What is the Occupation of Paris Keswani

Which School Did Paris Keswani Attend?

I have been volunteering since the age of 13. Pageants gave me a, recognition, confidence, title, power, followers and a larger platform to spread the awareness to help underprivileged youth. Thank You Pageant Planet!

What is the Nationality of Paris Keswani

Plant for the planet!

Movie for a cause!