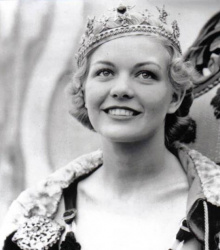 Marilyn Meseke was born in Peru, Ohio and was raised in Marion, Ohio by her grandmother, who took a special interest in her young challenge. Under her grandmother's direction, Marilyn began dancing lessons at age four and later studied voice, piano, and baton. In the years when Miss America was dormant, Marilyn even entered and won the title of "Miss Ohio" at age fourteen.

After graduating from high school with honors, Marilyn opened her own dance school and also taught Sunday school classes.

In 1938, talent became a mandatory category to win the Miss America title, so Marilyn decided to give it a try. She once again was awarded the title "Miss Ohio" but this time in the prestigious Miss America Competition.

Aided by her rhythmic tap dance to three songs ("How'd You Like To Love Me", "The World Is Waiting For The Sunrise" and "Joseph, Joseph"), Marilyn was crowned Miss America 1938 by Atlantic City Mayor A.C. White in the Steel Pier's Marine Ballroom. It was estimated that approximately half of the nation saw a Miss America crowned for the first time through movie theatre newsreels.

For several years afterward, she enjoyed a modeling career. "I remember getting ready to go on a modeling job in Europe with Rosemary La Planche (Miss America 1941) when war was declared in December of '41. What a sad day that was for our country..."

In January 1944, Marilyn married a pilot who was a Major in the U.S. Army Air Corps, Stanley Hume. They moved to Coral Gables Florida and later had one son, Michael.

Enjoying her new "quiet life", Marilyn soon became involved with PTA work and taught piano lessons through the ensuing years. Widowed, she married pilot Benjamin Rogers, with whom she returned to Atlantic City in September many times.

"There has been no negative aspect for me being Miss America. It has opened doors for me, given me the experience of making appearances around the country and given me confidence. I believe the pageant has endured because its standards are high, and those wonderful volunteers work so hard to keep it that way." 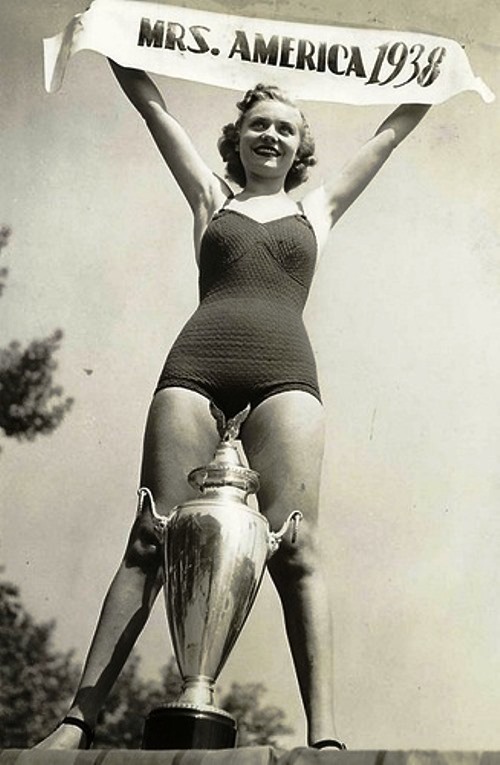 Her first title was won in 1931 at the age of 14. Taught piano lessons. Her crowning was shown in movie theaters.