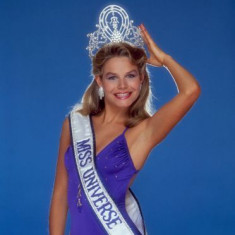 In July 1983 Lorraine Downes was crowned Miss Universe, becoming the first Miss New Zealand to win the crown. And is currently (2018) the only Miss New Zealand to win the title.
At the Miss Universe Competition, Lorraine made the top 12, in 6 places. Her Preliminary results put her 2 for evening Gown, 3 for interview, and 4 for swimsuit. She made the top 5 in 3 place, behind Miss USA, Julie Hayek. But after her final question was bumped up to the winning position!

Lorraine was born in Auckland to Lloyd and Glad Downes on June 12th/ 1964.

In 1986 Lorraine married, Murray Mexted, a New Zealand rugby All Black. Lorraine and Murray had two children together, before divorcing in 2001.
In 2009 Lorraine married again, to New Zealand international cricketer Martin Crowe. Martin and Lorraine remained together until Martins untimely death from lymphoma in 2016.

After winning Miss Universe, Lorraine did not stop competing, though Miss Universe was her last pageant, it was not her last major competition. In 2006 Lorraine entered Dancing with the Stars New Zealand, and alongside her partner dance partner, Aaron Gilmore won the National Competition. 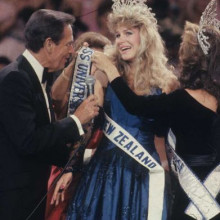 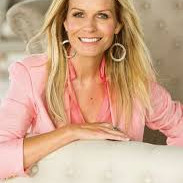 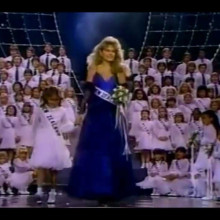 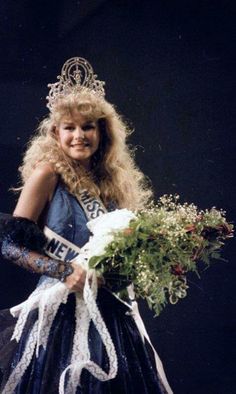 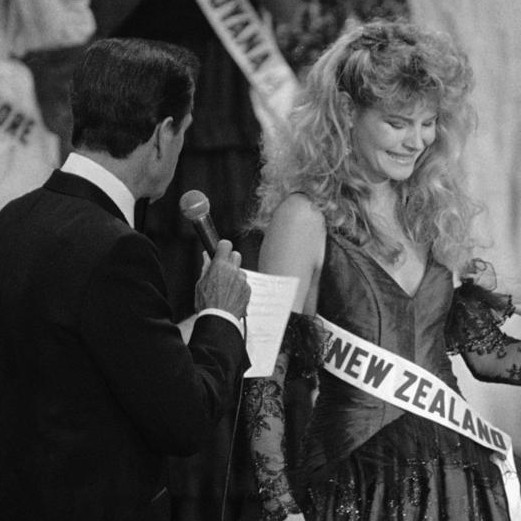 What is the Occupation of Lorraine Downes

First woman from New Zealand to win Miss Universe. Won Dancing with the Stars 2006. Owner of a successful business in New Zealand.