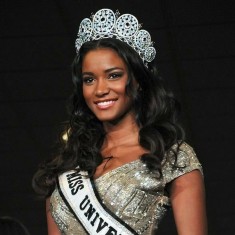 Lopes was born on 26 February 1986 is Benguela, Angola. Prior to being a pageant contestant, she studied business management at the University of Suffolk in Ipswich, UK. Leila is actively involved in raising awareness about HIV/AIDS and the discrimination that people with the disease experience.

While Leila was living and studying in England, she participated in Miss Angola UK on 8 October 2010. Lopes won the title, giving her the opportunity to represent the British Angolan community in Miss Angola 2010.

Lopes competed against and beat 20 other candidates to be named Miss Angola in Luanda on 18 December 2010, where she was then given the opportunity to represent Angola in Miss Universe 2011. She also obtained the Photogenic Award during the Miss Angola pageant.

After Lopes was crowned Miss Universe 2011, allegations arose that Leila provided false documents to allow her to compete in the Miss Angola UK pageant, which enabled her to compete in Miss Angola and subsequently Miss Universe. Those who brought up the allegations claimed that Lopes had never lived outside of Angola at the time she competed, so she should not have been allowed to enter a competition that was exclusively for Angolan citizens living in the UK. Lopes and the Miss Universe organization denied the use of false documents and Lopes herself has stated that she had lived in England for a total of four years.

Leila became engaged to former New York Giants defensive end Osi Umenyiora in Monaco in February 2013. They were married on 30 May 2015. In February 2018, they announced that Lopes was pregnant with their first child together and had their son later that year. 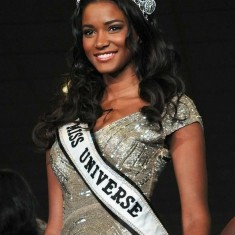 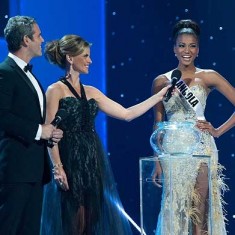 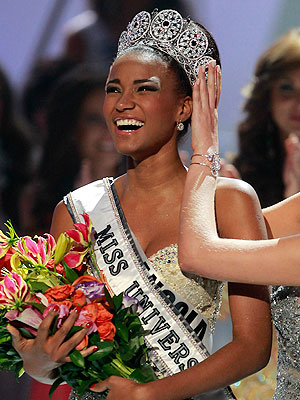 What is the Occupation of Leila Lopes

Which School Did Leila Lopes Attend?

Lopes is the 5th woman of African descent to win the title of Miss Universe.