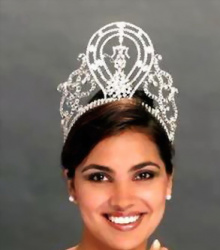 At Miss Universe 2000 in Cyprus, she achieved the highest score in the swimsuit competition and her finalist interview score was the highest individual score in any category in the history of the Miss Universe contest, as her interview saw a majority of the judges giving her the maximum 9.99 mark.

After her final question, in which she delivered a defense of the Miss Universe contest (and other beauty pageants), she became the second Indian Miss Universe. Dutta's win led to her appointment as a UNFPA Goodwill Ambassador in 2001. In the same year, Priyanka Chopra and Dia Mirza won their respective Miss World and Miss Asia Pacific titles which gave India a rare triple victory in the world of beauty pageants.

Lara was also elected as 'Miss Grand Slam 2000' by the pageant portal, Global Beauties besting all the delegates from the Grand Slam beauty pageants of the year 2000. She is the first beauty pageant winner from India to win this title. She is the second woman from India to be crowned Miss Universe, and has been the only delegate from India to win the crown since. She received the highest score in the swimsuit competition and her finale interview score is the highest individual score in any category in the history of the Miss Universe contest. 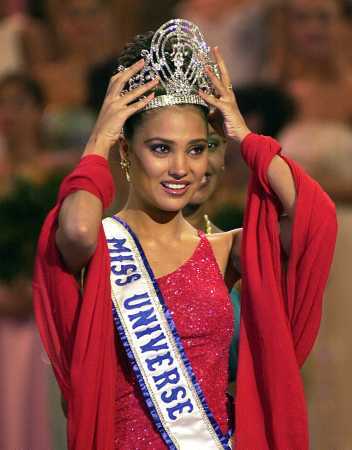