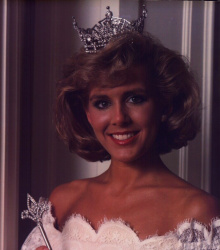 Kellye Cash-Sheppard was Miss Tennessee 1986 before she won Miss America 1987.

Life after the crown

After her year, she toured with Bob Hope's USO Show and appeared on major talk shows like Good Morning America, The David Letterman Show and The Today Show. She was named spokesperson for the Youth Town of Tennessee.

Her thoughts on the Miss America Organization crisis

"Despite Gretchen's missteps (last night's Twitter posts being one of them) I have always felt she needed the opportunity to make amens, apologize and/or explain her actions. That is why as some of you know I have supported the petition, but not signed yet.

It was a Local Director, 3 Local Judges and numerous Volunteers32 years ago that told me I could be Miss America while I was working 2 jobs to pay for college. 3 months later I was crowned Miss Tennessee 1986. Then it was 5 State Judges, the Tennessee Board, Pageant Volunteers and Supporters among family, friends and people I'd never met that told me once again...that I could be Miss America. 3 months later I was crowned Miss America 1987. As much as I love my Miss America sisters on both sides of the issues, the stand I'm taking has little to do with them and more to do with the highlighted group above... the Directors, Judges, Volunteers and Supporters that make this happen for thousands of young women like me. I was just fortunate to be the one chosen to wear the crown and yes... walk the famous runway.

The former Miss Americas bare the name/brand of the organization, but I know where the work is done. For the past 8 years I've has a daughter and/or niece compete in a MAO Miss or Teen pageant.I've seen the pageant, proofread it, helped with fundraisers, been the fundraiser, volunteered, sponsored, altered dresses, etc. My time and money don't compare to the years in time and financial support this group gives to MAO. I heard their cries during pageant season and beyond... wondering how they were going to survive, raise scholarships, get young women to compete etc. I heard their confusion with the misinformation, no information, and mixed messaging.

I cannot tell you how much it saddens me to go against some of the Miss A's that I love and admire. Just like in the world of politics, there is something to admire about holding on to what you believe to be true; however, the truth I see...is in supporting the thousands of Volunteers that I know and love...and with my Miss America Sisters who stand with them. And please know...despite what many are saying on FB...the Miss A Sisters support Cara, whether they are signing this petition or not. Cara, this heartbreaking path you have walked this year should never have happened. The outpouring of love and support for Cara speaks to why I love the Volunteers and fans of this organization so much.

These missteps do not take away from the fact that Gretchen has spent countless hours and her own resources to keep MAO a float. I appreciate the time she has given the organization. Speaking the truth is good, but the mean spirited and hateful posts about Sister '89 are not. No one truly knows her heart and what is motivating her. And I certainly do not think these missteps mean the entire board must go. All I can say now is that I think we have gone past the point of no return. Gretchen's recent Twitter posts have hit a nerve that looks to be beyond repair and a change in leadership may be our only way forward... so I am signing the petition.

I hope to see many of you in AC. I'll be there to support Cara... to honor my sisters celebrating their 25th, 50th and 70th Crowning Anniversary, to cheer on the contestants and to see all the Volunteers that will make writing this long post and every tear shed worth every minute it took. Love to you all!" 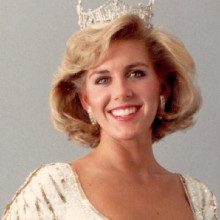 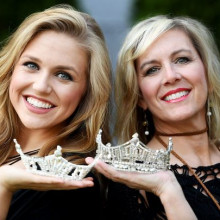 What is the Occupation of Kellye Cash

Cash is a great-niece of Johnny Cash, released 6 CDs. She was elected as the State Executive Committee for the Tennessee Republican Party.