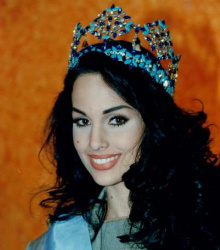 Jacqueline María Aguilera Marcano (born November 17, 1976 in Valencia, Carabobo) is a Venezuelan model and beauty queen who became the fifth woman from Venezuela to capture the Miss World crown. Former Miss World 1994 Aishwarya Rai handed over her crown to Aguilera after her reign as the Miss World for a year.

She participated in Top Model of the World 1995, held in Miami, Florida, where she became Venezuela's first titleholder in history.

Aguilera competed in 1995 as Miss Nueva Esparta in her country's national beauty pageant, obtaining the title of Miss World Venezuela and the right to represent her country in Miss World 1995.

At the Miss World Pageant on November 18, 1995 in Sun City, South Africa, she won the crown as the 45th Miss World, as well as the Photogenic award.

Presently, she operates a modeling agency in Venezuela and lives in Margarita Island, Venezuela. 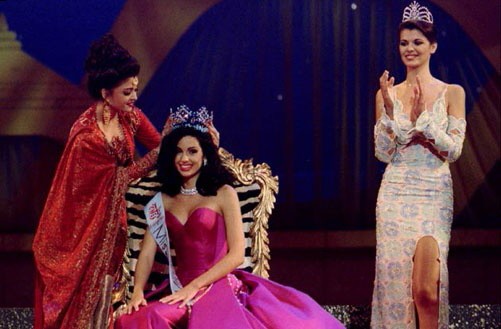