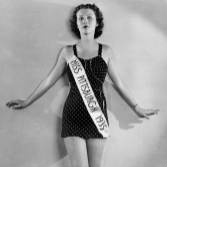 Henrietta Leaver, a former Miss Pittsburgh, was crowned Miss America on September 7, 1935, at Atlantic City in New Jersey. She was 19 years old.

Leaver was born to George and Celia Applegate. She never knew her father, who her mother left before she turned one year old. Her mother then married George Leaver, who then adopted Henrietta.

Living in McKeesport, Pennsylvania during the depression, Henrietta Leaver was forced to drop out of high school in 1934 in order to help her family make ends meet. She found work in a five and dime store.

Her grandmother who had bigger dreams for her, Henrietta was encouraged to enter the "Miss Pittsburgh" contest. She won. This instant celebrity brought the attention of famed Pittsburgh sculptor, Frank Vittor who sculpted the heads of three United States Presidents to extend an invitation to Henrietta to pose for him. She accepted and was soon off to Atlantic City to compete for Miss America, with her grandmother serving as her chaperone.

When she arrived at Atlantic City's famed Steel Pier, she was alarmed to find out that for the first time contestants were encouraged to display some kind of performing talent. But, in a silver and green evening gown Henrietta sang and tap-danced to "Living In A Great Big Way". 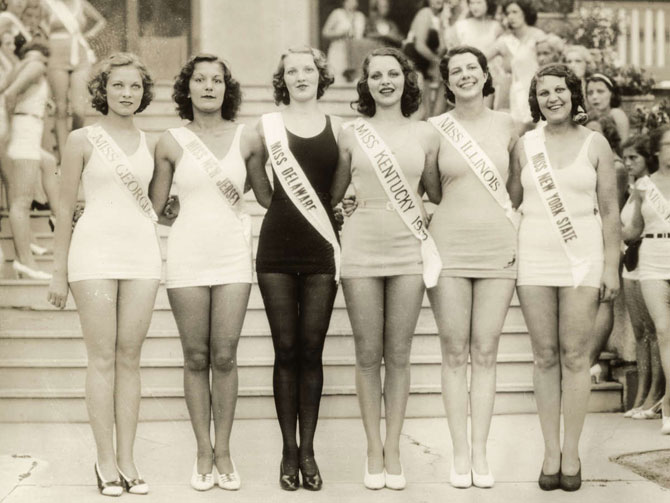 Was voted by 2000 department store buyers as "Miss Model America", as reported in the Associated Press. Raised two daughters, Patricia and Frances. Faced a scandal when a sculptor created a statue of Henrietta in the nude.