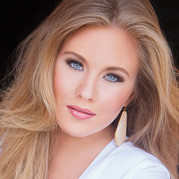 Hannah Roberts was Miss Mississippi 2015 and placed 1st runner-up to Miss America 2016. She also received a STEM Scholarship and was a finalist for the Quality of Life Award. For the final question, she was asked, "Kentucky county clerk Kim Davis was jailed for defying the Supreme Court's order to issue same-sex marriage licenses. She claims the order violates her religious freedom. Does it?" She said, "It absolutely does not violate her religious freedom. That is her job that she was voted into doing, and that law is a federal law throughout the rest of the country. So, yes, she did violate the law there. Thank you."

She was the 2011 Distinguished Young Woman of Mississippi and 2nd runner-up to the national title.

Which School Did Hannah Roberts Attend?