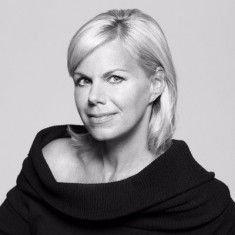 Gretchen Carlson was Miss America 1989. She was the third Miss America from Minnesota, after BeBe Shopp and Dorothy Kathleen Benham.

Carlson went on to graduate from Stanford University with a degree in organizational behavior. During her time at Stanford, she studied abroad in England at Oxford University. In 2000, Carlson joined CBS News and became a co-host of the Early Show in 2002. Carlson moved to the Fox News Network in a position on the show, "Fox & Friends," in 2006. After her time with "Fox & Friends," Carlson moved to her own show, "The Real Story with Gretchen Carlson," in 2013.

Standing Up for Herself

In 2016, Carlson famously left Fox News and filed a lawsuit against For News Chairman Roger Ailes for sexual harassment. Carlson alleged that she was fired for denying Ailes' advances. Her claims received widespread news coverage and became one of the first public cases in the #MeToo movement. Ultimately, Carlson settled out of court for $20 million and went on to be a champion for women in the workplace.

Trouble with the Miss America Organization

In January 2018, Carlson was selected as the new Chair of the Board of Directors after a scandal forced the removal of the previous Board of Directors. In June, Carlson and the Miss America Organization announced that it would be removing the swimsuit portion of the competition from the Miss America 2019 in an effort to stay relevant in today's society. Several weeks later, former Miss Americas and State Organizations demanded the resignation of Carlson and CEO/President Regina Hopper.

"When the Miss America Organization was confronted with the email scandal last year, the majority of former Miss Americas nominated me to become Chair of the Board - an unpaid, volunteer, full-time position. I accepted the challenge with some trepidation. The program had given me so much, but I knew that re-positioning the organization would require real strength and commitment.

From day one, the board has a lot on its plate: enormous debt, lack of sponsors, and waning relevancy. But after making some tough decisions, including the elimination of the swimsuit competition, we were on-track to deliver a 2018 pageant truly devoted to women's talents, intelligence and individualism.

So I was surprised and saddened beyond words by the letter from our reigning Miss America Cara Mund. I so wished Cara had picked up the phone and discussed her concerns with me directly, before going to the media with allegations of bullying. Since her letter was posted, I have reached out to Cara via phone, text and email to try to speak, as I have always felt this is the best way to air grievances and find resolution. Unfortunately, Cara's response has been that she only wants to communicate via email but I remain hopeful we can speak on the phone or in person soon.

Cara, let me be clear: We, as an organization, are very proud of you and all you have accomplished. You are smart, caring and ambitious. As a Brown graduate, you aspire to go to law school and one day run for Governor in your home state of North Dakota. You embody the mission of Miss America.

I also want to be clear that I have never bullied or silenced you. In fact, I have acknowledged to you and your parents many times that the organization understands the frustrations of serving during such a change-filled and stressful year. It surely was not what you had expected. We've acknowledged your grievances, and taken many steps to try to make your experience a good one.

You are at the epicenter of a very historic moment for women. Over the past two years, our country has undergone a seismic shift in how professional women are depicted and treated. Cara, you have the opportunity to be at the forefront of real, positive change for young women across this country. I am so hopeful you'll be a part of that.

Actions have consequences. Friday, as an organization, we learned that $75,000 in scholarships which would have been the first scholarship increase in years, is no longer on the table as a direct result of the explosive allegations in your letter. The impact won't stop there - we are already seeing a negative ripple effect across the entire organization, and I am so concerned that it will dilute the experience for the next women selected to wear the crown.

My goal for the last eight months has been to keep Miss America Organization vital and remain laser focused on the candidates who have chosen to participate. We are three weeks away from what should be a historic moment of celebrating the amazing 51 candidates who has chosen to compete for the job of Miss America. We should be celebrating them. Cara, please join us in doing so."

"When I was asked to take this volunteer position over a year ago, I dedicated myself to helping the organization build on its history while working to secure its future, and am extremely proud of the work we have collectively done," Carlson said. "With a promising network partnership, the time is ideal to give new leadership the opportunity to move forward with what has been accomplished. Miss America will always be a part of who I am and I will enthusiastically watch as the organization continues to grow and succeed." 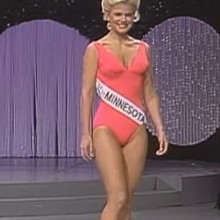 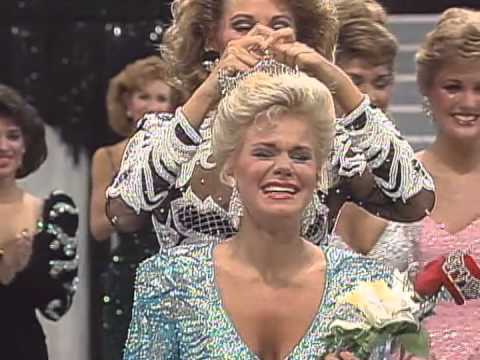 Which School Did Gretchen Carlson Attend?

Carlson was a Fox and Friends Co-Host and went on to host The Real Story with Gretchen Carlson. Carlson is well-known for filing a lawsuit against then Fox News Chairman and CEO Roger Ailes claiming sexual harassment, which inspired dozens of other women to come forward with similar claims. Carlson is a published author and her book, "Getting Real," was published in 2015. She published another book, "Be Fierce," in 2017. In September 2011, Carlson was named to the inaugural class of the Anoka High School Hall of Fame.