In 1973, the 23rd annual Miss World pageant was held at the Royal Albert Hall in England. Fifty-four delegates vied for the crown, with Miss United States Marjorie Wallace emerging as the winner and 16-year-old Pascual as first runner-up. However, Wallace had to be fired from her duties as Miss World; pageant organizers extended an offer to Pascual to carry out the duties of Miss World for the remainder of the year without being officially granted the title; Evangeline Pascual was doing a movie at that time when Miss World offered her the crown. Pascual already signed a movie contract and she won't be able to fulfill her duties as Miss World so she said no to the offer, they turned to second runner-up Miss Jamaica Patsy Yuen, who accepted.

Pascual was Miss Republic of the Philippines 1973 from Orani, Bataan, Philippines. Her father was the late Dr. Francisco Pascual, Jr. She studied in University of Santo Tomas. She is the mother of Nino Lapid, a tattoo artist at Zebra Tattoo and Piercing in Berkeley and Walnut Creek. 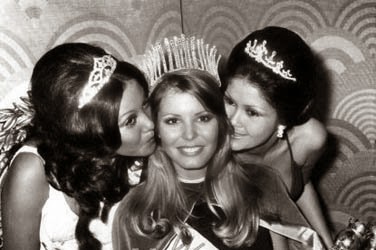