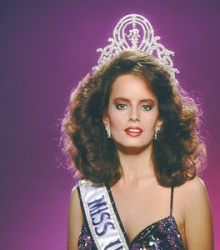 Cecilia Bolocco was crowned Miss Chile 1987 and Miss Universe 1987. Bolocco was the first Chilean woman to win the Miss Universe competition that was held in Singapore that year. Following her year as Miss Universe, Cecilia Bolocco began her television career in broadcast news programs and held a positions as a journalist on the Spanish edition of CNN and various other program for Chilean Television. Finally, after her time in reporting, Bolocco transitioned into Spanish-language soap operas.

Bolocco was bron in Santiago, Chile and attended school at Santiago College. Following her preliminary studies, Bolocco studied for a year at the Civil Engineering at the University of Santiago, Chile, before transferring to INCA-CEA Institute to pursue costume design.

While in the midst of her fame, Bolocco married American producer Michael Young. The media covered their wedding as if it were a royal wedding. The marriage lasted 5 years and in early 2001, Bolocco remaired Carlos Menem, former President of Argentina. 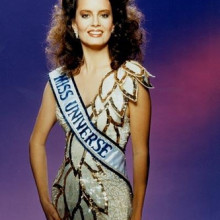 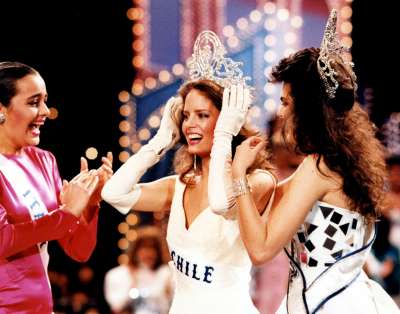 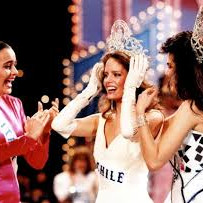 What is the Occupation of Cecilia Bolocco

Which School Did Cecilia Bolocco Attend?

Bolocco was the first Chilean woman to win the Miss Universe competition. Bolocco studied engineering for one year. Bolocco resided in LA during her reign as Miss Universe.