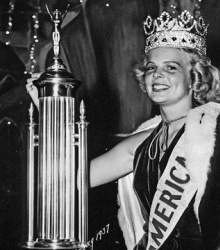 Bette started pageant competition by accident on the dare of some friends. The title she won, Miss Bertrand Island, was a preliminary to the Miss America Pageant only in 1937. She entered at an amusement park. An outstanding and dedicated student, Bette's parents were not completely in favor of a 'beauty competition'. The decision to go was finally based on the idea that, if nothing else, a trip to Atlantic City would be a nice family vacation. Her victory has gone down in history as comedy and fun, but at the time, Pageant officials couldn't find their collective sense of humor. Bette, having second thoughts about her commitment, took off with her Pageant male chaperone, Frank Off, in a motorboat. The two floated around Atlantic City until the boardwalk crowds dispersed. No other contestant was crowned Miss America in her absence, though several participants from that year have made claim to the title throughout the decades. Bette lives a quiet life in Connecticut. A soft-spoken person of polite cordiality, Bette refused to talk to reporters, the Pageant staff and others about her involvement. 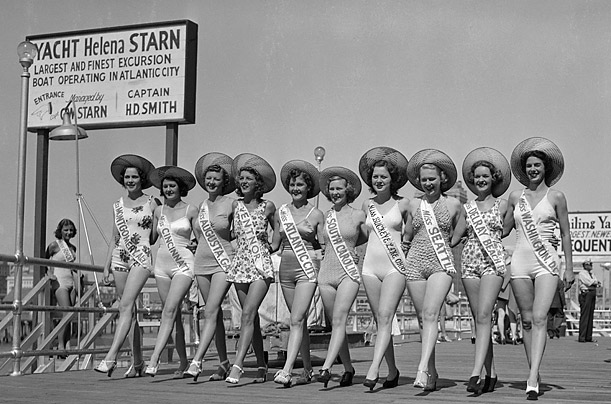 Was a member of the Delta Sigma Sigma sorority. She caused a stir when she disappeared for some 24 hours with 21-year-old Lou Off, after winning the Miss America title. She has long shunned any connection or involvement with Miss America.