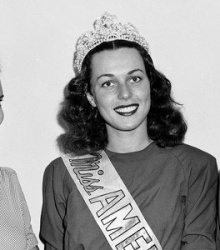 Myerson was entered into the Miss New York City competition, without her knowledge, by John C. Pape, a retired steel magnate and amateur photographer who had employed her as a model while she was in college. When Myerson was told about the pageant by her sister, Sylvia, who was acquainted with Pape, Myerson was angry as she felt that the beauty business was "embarrassing." However, she was persuaded to compete by Sylvia, and she competed in the swimsuit competition using a borrowed bathing suit.

Myerson went on to enjoy competing in the pageant, in which she stood out from the other contestants because of her height. On August 15, 1945, the day of Japan's surrender and on VJ Day, she won the competition for the pageant, and moved on to the Miss America competition, partly motivated by the $5,000 scholarship awarded to the winner. She later told interviewers she wanted to buy a black Steinway grand piano with the scholarship money.

Myerson was the Miss New York entry in the 1945 Miss America pageant,[1] and she competed in the talent portion of the contest by performing the music of Edvard Grieg and George Gershwin. Prior to the competition, she was pressured to use a pseudonym that "sounded less Jewish." Despite the news of the Holocaust, which was discovered in parts of Europe four months earlier, America still viewed itself as an Anglo-Saxon Protestant society which manifested hostility towards people of Catholic faith and Jewish ancestry. Myerson refused and was subjected to substantial antisemitism. After she won the title on September 8, 1945, three of the pageant's five sponsors withdrew from having her represent their companies as Miss America.

With the pageant scholarship money, she paid for graduate studies at Juilliard and Columbia University. An aspiring pianist, she briefly gave recitals on the vaudeville circuit before realizing audiences were more interested in seeing her in a bathing suit. She also played with the New York Philharmonic and appeared at Carnegie Hall.

While Myerson was on her year-long tour as Miss America, she encountered "No Jews" signs posted in places such as hotels and country clubs. Such experiences led her to conduct lectures on behalf of the Anti-Defamation League (ADL) entitled "You Can't Be Beautiful and Hate". Myerson became a vocal opponent of antisemitism and racism, and her speaking tour became the highlight of her Miss America reign.

At her death, the Religion News Service observed that at the time that she won the pageant, emaciated concentration camp survivors had only just shed their prison clothes. "Bess Myerson represented the resurrection of the Jewish body—the journey from degradation to beauty." 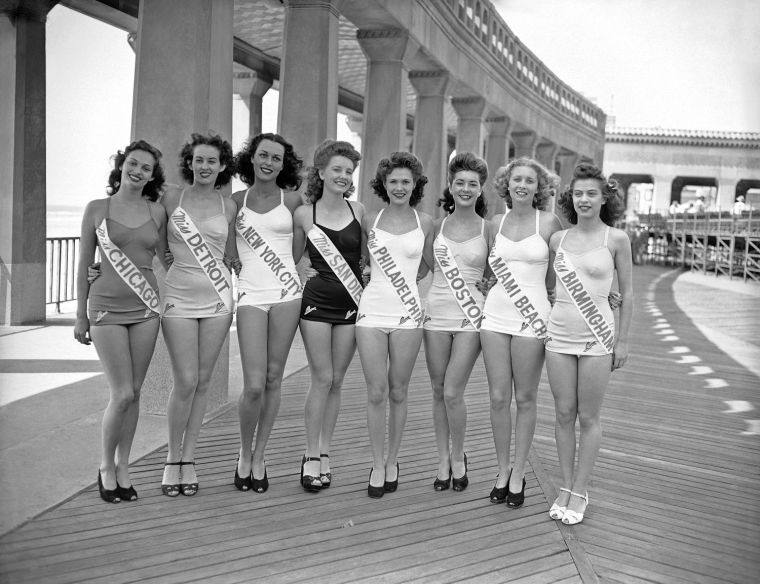 First Jewish Miss America. was a commissioner in the New York City government and served on presidential commissions from the 1960s through the 1980s. Myerson donated funds to help build "Bessie's Bistro" at the Jewish Museum of Florida-FIU in memory of her parents Bella and Louis Myerson who lived in the neighborhood near the Museum.