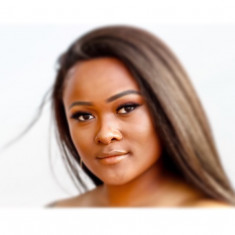 Beginning her pageant journey in early 2009 at age 10, Antionette conquered countless local pageants at malls and recreation centers, holding titles such as Miss Shreveport Parks and Recreation and Miss Sunburst. After years of consistently winning locals she felt as though she could do more and in 2012 Antionette was crowned National American Miss Louisiana Junior Teen. After giving up her title with NAM, Antionette continued to rise on the pageant scene winning titles with organizations including Princess of America, Miss American Coed, and Miss America’s Outstanding Teen. After a hiatus following her enlisting to serve in the United States Marine Corps at the age of 17, Antionette returned 3 years later at the age of 20 to capture the title of 2018 National American Miss North Carolina. As she reaches the home stretch of her reign, she is transitioning to the Miss America organization and taking on Miss America preliminaries in the state of North Carolina! Something tells me we should be on the lookout for Antionette Van, who doesn’t love a good underdog story!

What is the Occupation of Antionette Van