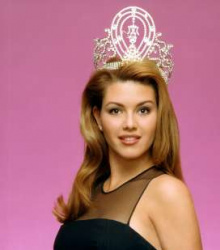 Alicia Machado is a Venezuelan-American actress, television host and singer. Machado was crowned Miss Venezuela in 1995 and Miss Universe in 1996. She is the fourth woman from Venezuela to become Miss Universe. Machado was born in Venezuela but got her American citizenship in 2016. When the former Miss Universe beauty queen put her crown on the shelf, she became a very successful actress in Latin America.

For years, PETA (People for the Ethical Treatment of Animals) has run campaign titled, "I'd Rather Go Naked Than Wear Fur." Former Miss Universe, Alicia Machado, has recently supported this campaign by posing naked.

Machado was crowned Miss Venezuela in 1995.  She then went to on to win the Miss Universe 1996 title and represent the system for the year.

Machado claims that Donald Trump, then the executive producer of Miss Universe, made it his mission to shame her publicly after she gained a little bit of weight after winning the crown. His constant fat-shaming lead to her developing eating disorder over time, and he even called her "Miss Piggy" because of her gained weight. He also called her "Miss Housekeeping" to make fun of her Venezuelan heritage, which Machado considered to be very racist.

Trump even threatened to take away the crown because of her weight gain. "It had turned into a circus, the joke of 'The Fat Miss Universe," Machado said. "A joke which caused me a lot of pain." Now she is claiming that the current president tried to have sex with her repeatedly over her reign. "There were many situations with him I have never spoken about," Machado said. During an interview, Machado was asked if he tried anything. "Well, yes, why would I say 'no' to you," Machado said. However, she never had any sexual relations with him. "Often you can sleep with someone you don't know," Machado said. "It wasn't the case with me. I never had sex with him." The reporter also asked if she knew Trump intimately. "No, I know him as a person," Machado said. "I think that's worse."


Before Trump bought the Miss Universe Organization in 1996, Machado already had a preexisting contract with Miss Universe, which meant that Trump was her boss; however, Machado states he didn't have the power to change the terms of her employment.
The 2016 election In the 2016 USA presidential election, Machado publicly announced her support of Hillary Clinton. She couldn't believe that anyone like Trump could possibly become president. Machado had just got her US citizenship in time to vote for Clinton. "Now, 20 years later, I cannot believe that piece of sh-- could possibly be president," Machado said. "It was a nightmare I wouldn't want my daughter or any other little girl in this country to ever, ever encounter. This man behaved like a tyrant when I was Miss Universe and has behaved like a potential despot during this campaign. He lacks the basic skills to govern and is not a good human being." Machado clearly stated her disapproval of Trump's election and says he must have known he was hurting her. "There are other Miss Universes that said he was lovely," Machado said. "I don't know, I speak from my personal experience...I think he knows in his heart that he hurt a young girl."

Her political activism hasn't stopped there. She recently posed for PETA's "I'd Rather Go Naked Than Wear Fur" campaign.

Machado was in good company when she posed nude for the organization's campaign. Many stars, including Elisabetta Canalis, Duff McKagan, Susan Holmes McKagan and Pamela Anderson, have posed nude to support the cause.

The stunning black and white photo featuring Machado reads, "Proud to be me and fur-free." When commenting on her involvement, she said, "I find wearing fur embarrassing. Animals are our friends. They're our companions." She goes on to say, "We have enough killing without breeding animals just to kill them. It is terribly cruel."

It's always a little controversial for a titleholder to pose nude for any reason. Machado is clearly making a statement with this ad and supporting a cause that's very important to her.

“Every girl has a different experience," Machado said. "My experience was different. I won’t deny you that I saw some strange things sometimes, maybe people who were 'sponsored' by businessmen. I thank God that my parents could help me with their own efforts. Unfortunately, Venezuela has a social and moral distortion and distraction that is a product of the political system that has completely destroyed our country. The Miss Venezuela Organization is not the exception.” 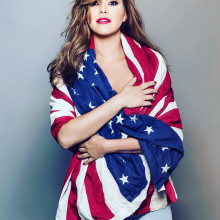 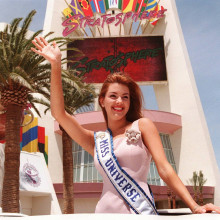 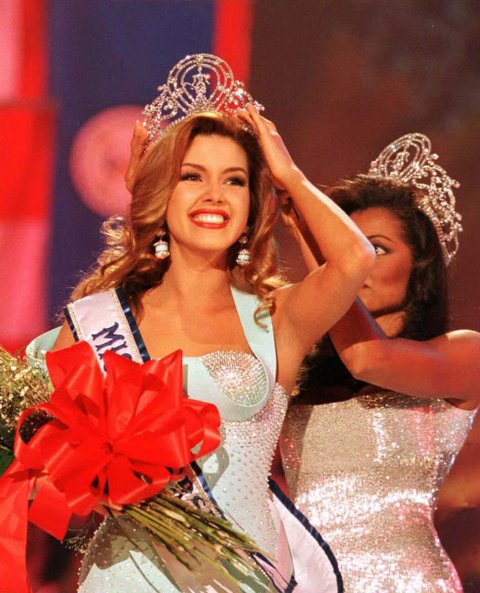