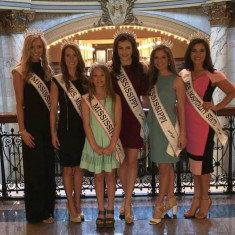 0 (0)
Mississippi, United States
Claim This Profile
Are you allowed to be married?