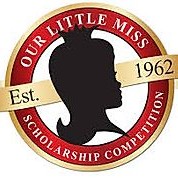 Most people have dreams. In fact, life is probably a series of dreams. Once a dream is realized, new goals are set and off we go reaching for another. The dream of being “Our Little Miss” has become a reality to thousands of little girls since the year 1962.

Now, over 50 years old, the child personified by the perky little silhouette with the flipped-up hair has developed a personality of her own. Not a fairy tale character or a myth, “Our Little Miss” is more a symbol of hope for the future of children everywhere. As Morley Safer said on CBS-60 Minutes, “The parents consider Universal Pageant System, Our Little Miss to be the most prestigious of all children’s pageants.”

Now with fourth-generation children as contestants, Our Little Miss is truly a name to be spoken with reverence…a name that has endured. Since the inception of the World’s Our Little Miss” in 1962, its sister pageants, “Miss La Petite,” “Ideal Miss,” “Universal Girl,” and now the rest of the family, “Baby Petite,” “Universal MS.,” “Our Little Miss Preteen, and “Universal Beauty” have developed in their own way. Girls who had outgrown one division and wanted to stay in Universal Pageants developed each new division due to a demand. Our Little Miss System family is now complete. Competition of all kinds are as American as apple pie and motherhood. Nonetheless, the manner in which they are handled varies greatly.

With Our Little Miss there is a soft touch, where discussions of coping with winning and losing, and with joys and disappointments are an integral part of the program. From the rowdy parents’ talent show both silly and serious) to the exchange of souvenir gifts between contestants from all over the world, “Our Little Miss” truly encourages family participation and comradeship. The true award is in the experience alone. Our Little Miss’s awards are multiple, varying from medium to super large.

On the local level the trophies are “Oscar” size and advance to nearly 4 feet at state, while World level trophies can reach an enormous 5 to 6 feet in height. All OLM trophies are adorned with the famous trademarked silhouette trophy figure; “Our Little Miss” is the only pageant in America with this type emblem that has been molded into a beautiful trophy part. The “Our Little Miss” trophy figurine stands out among dozens of other trophy awards. And it is not for sale except through Our Little Miss, where it must be earned—it cannot be purchased by a contestant or parent.

Crowns for the winners have a similar progression to the official pageant trophy. The local crown has a single disk with the famous “Our Little Miss” logo silhouette; the state crown is a round crown with four logo disks; and the coveted World crown sits on a round red velvet and rhinestone embellished base and is stuffed with royal red velvet, symbolizing excellence and achievement. College scholarship awards have played an important role in the Our Little Miss program.

Since 1964 over 1,000 girls have earned scholarship funds from the State, Country and World pageants and have enrolled in American, Canadian, European, Asian and Caribbean Island universities worldwide. Although the pageant has never attempted to represent the winners through personal management, many of the girls have used their titles effectively in acquiring television commercials and movie roles.

When the new Mickey Mouse Club was aired in 1975-76 by Disney, five of the seven girls selected after a major nationwide search had been directly involved in the “Our Little Miss” pageant. Since those years, our girls are still being seen today. Jennifer Love Hewitt from “Party of Five” and Madlyn Sweeten from “Everybody Loves Raymond”, and most recent Brec Bassinger star of the Nickelodeon new hit show “Bella and the Bulldogs” starting in the lead role as, Bella. Our Little Miss girls can be seen on almost every cable and network station, some being in front of the camera and others as network executives.

Our girls and young women have excelled to the highest levels of their professions and many attribute their success to the memorable experiences gained at an “Our Little Miss” pageant. We are very proud to have been a part of their development. Our Little Miss’s philosophy is that by giving children an outlet to express themselves and their talents, they are presented with growth and development aspects for personality, communication, discipline, memory training and good grooming habits. Because parents play an important role when a child is in any competition, the family relationship is enhanced, especially that of the mother and daughter.

The pageant system does not condone stage parenting; the child must truly want to be a participant, enabling the fascination and glamour of the State, Country and World Pageants to become an educationally exciting family affair.