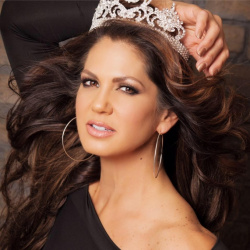 The modernized Mrs. America pageant remains true to its past traditions, but not seeks to recognize was Marmel calls, “America’s greatest natural resource – the contemporary married woman.”

The Mrs. America pageant has been televised in the past, on Women’s Entertainment and PAX. Last year’s pageant in Las Vegas was not televised, but rather was accessible through live streaming on the web.

Mrs. America contestants are between the ages of 18 and 50 years old, and married. The winner of Mrs. America goes on to compete in the international Mrs. World pageant.