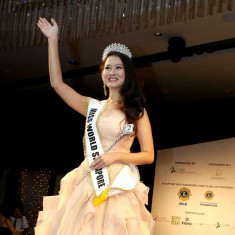 The Miss World pageant is the longest running major international pageant. Miss World was created in 1951 by Eric Morley in the United Kingdom. Since his passing in 2000, the Miss World pageant has been run by co-chair and Eric’s wife, Julia Morley.  Miss World, and the Miss World Organization, work to raise money for children’s charities, and have raised more than 250 pounds (4 million U.S. dollars) since its creation in 1951.