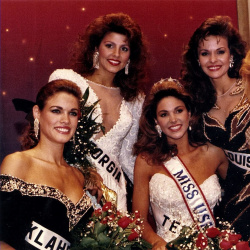 Top 5 finalists at the Miss Teen USA 1989 pageant were:

Top 5 finalists at the Miss USA 1989 pageant were:

Special Awards at Miss USA 1989 were: