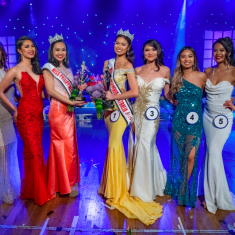 The Miss Philippines-Australia and Charity Queen Australia pageant is a national beauty pageant for Filipino/Australian women from all over Australia who are 16-28 years of age in the year of competition.

The Miss Philippines-Australia® and Charity Queen Australia® pageant began in 1989. It is one of the highlight of the Grand Philippine Fiesta Kultura Sydney, a long running and multi-award winning multicultural event that has become an institution for the Filipino-Australian community. The pageant celebrates strong, committed young women and also recognizes their own unique skills and abilities that define today’s modern woman. This is a quest to find a true Filipina, who, despite living in Australia still finds her Filipino identity, tradition and cultural heritage. The committee members are all volunteers and are involved in the pageant with the goal of making the event an enjoyable and rewarding experience for the candidates. Their collective experience brings valuable insight as well as a spirit of excellence to their respective role in the Miss Philippines-Australia® and Charity Queen Australia® pageant.