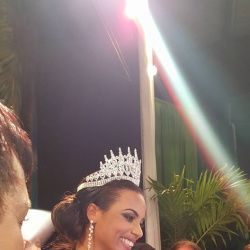 Despite years of continued support and a budget allocation for the 2019 pageant, the Cayman Islands' government did not allocate a portion of the budget to the pageant.

The funding debacle The 2018 Miss Cayman Islands pageant, the official national preliminary pageant to the Miss Universe competition, is still not funded by the Cayman Islands' government. This is very unusual as the government has provided the necessary funding to host the pageant each year. Making the lack of funding even more unusual, the government allotted $100,000 for the 2019 pageant and 2019 Miss Universe delegate. The Committee Chairperson for the pageant, Derri Dacres-Lee, confirmed the initial lack of government funds but insisted that the government is currently moving money around to fund this year's pageant.

"The government is supporting the committee with funding,” Dacres-Lee said. "They have ways of moving money around for the pageant this year, and they have allocated full funding, and more, should we need it." With an estimated cost of $30,000 to host the Miss Cayman Islands pageant and a $15,000 cost for the winner's expenses towards Miss Universe, the government will need to find at least $45,000 to fund this year's pageant and winner. The show must go on Despite the funding mix up, the pageant started its recruiting process for Miss Cayman 2018 hopefuls.

"We are seeking role models," said Ministry of Tourism Administrative Officer Judy Powery, government representative for both the Miss World Cayman and Miss Universe Cayman pageants. "For the Cayman Islands, Miss Universe is a tourism product. If your girl is getting a lot of views, especially on social media, say, 30,000 views, 40,000 views, that is a lot of attention for the Cayman Islands. People will follow their favorites. They’ll come to Cayman, and TV audiences all over the world tune in to watch Miss Universe." With just a few months to recruit Miss Universe hopefuls before the August pageant, the committee overseeing the pageant may have its work cut out for it. Once the winner is selected, she will have just a few months to prepare for the Miss Universe pageant rumored to be held in November or December in the Philippines.