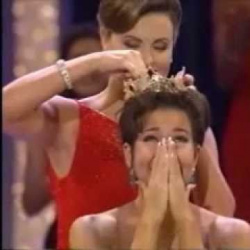 Hosted by Donny and Marie Osmond

Gretchen Calson served as a judge along with Michael Badalucco, Mimi Kennedy and Judy Sheindlin.

Miss Indiana, Kelly Lloyd, won the Albert A. Marks Jr. Interview Award but did not make the semi-finals.