Sir Isaac Vivian Alexander Richards, KNH, OBE (born 7 March 1952) is an Antiguan retired cricketer, who represented the West Indies at Test and international levels. He judged the Miss World 2004 pageant. He is regarded as one of the greatest batsmen of all time. Richards was voted one of the five Cricketers of the Century by a 100-member panel of experts in 2000, along with Sir Donald Bradman, Sir Garfield Sobers, Sir Jack Hobbs, and Shane Warne. He is also the mentor of T20 team Quetta Gladiators in the Pakistan Super League.

In one-day cricket, Richards was judged by Wisden Cricketers' Almanack to have played the best One Day International (ODI) innings of all time. In December 2002, he was chosen by Wisden as the greatest ODI batsman of all time, as well as the third greatest Test batsman of all time, after Sir Don Bradman and Sachin Tendulkar. His consistent batting ability is highly regarded; he is the first cricketer in ODI history to achieve 20 Man of the Match awards.

Overall, Richards scored 8,540 runs in 121 Test matches at an average of 50.23, including 24 centuries. As a captain, he won 27 of 50 Test matches and lost only 8. He also scored nearly 7,000 runs in One Day Internationals and more than 36,000 in first-class cricket. Knighted for his contributions to cricket, today Richards is an occasional cricket commentator and team mentor.

In 2009, Richards was inducted into the ICC Cricket Hall of Fame. 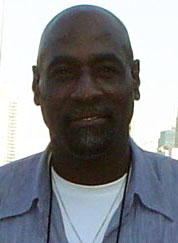