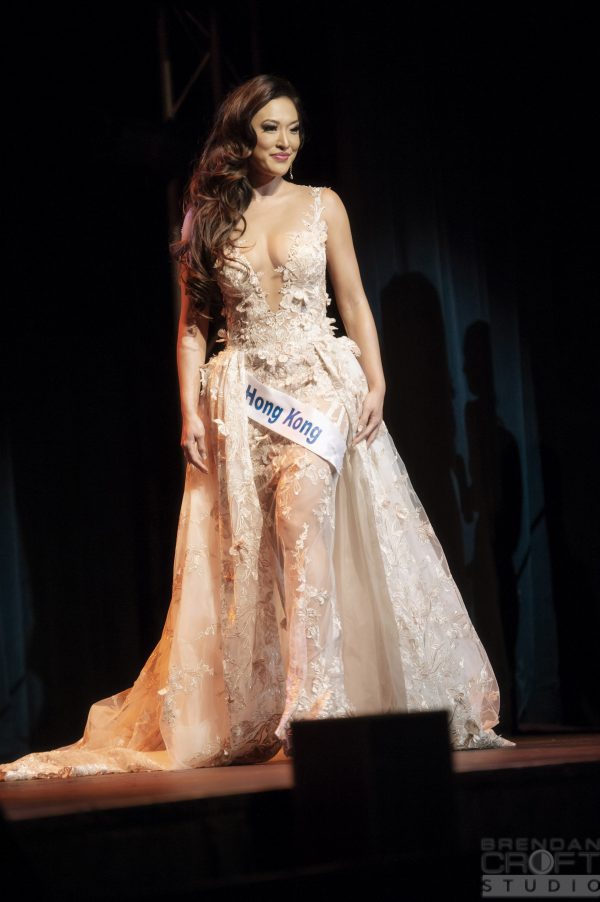 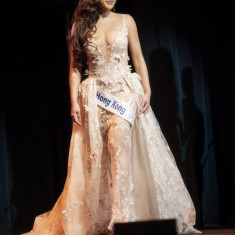 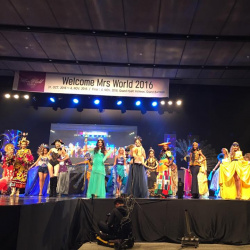 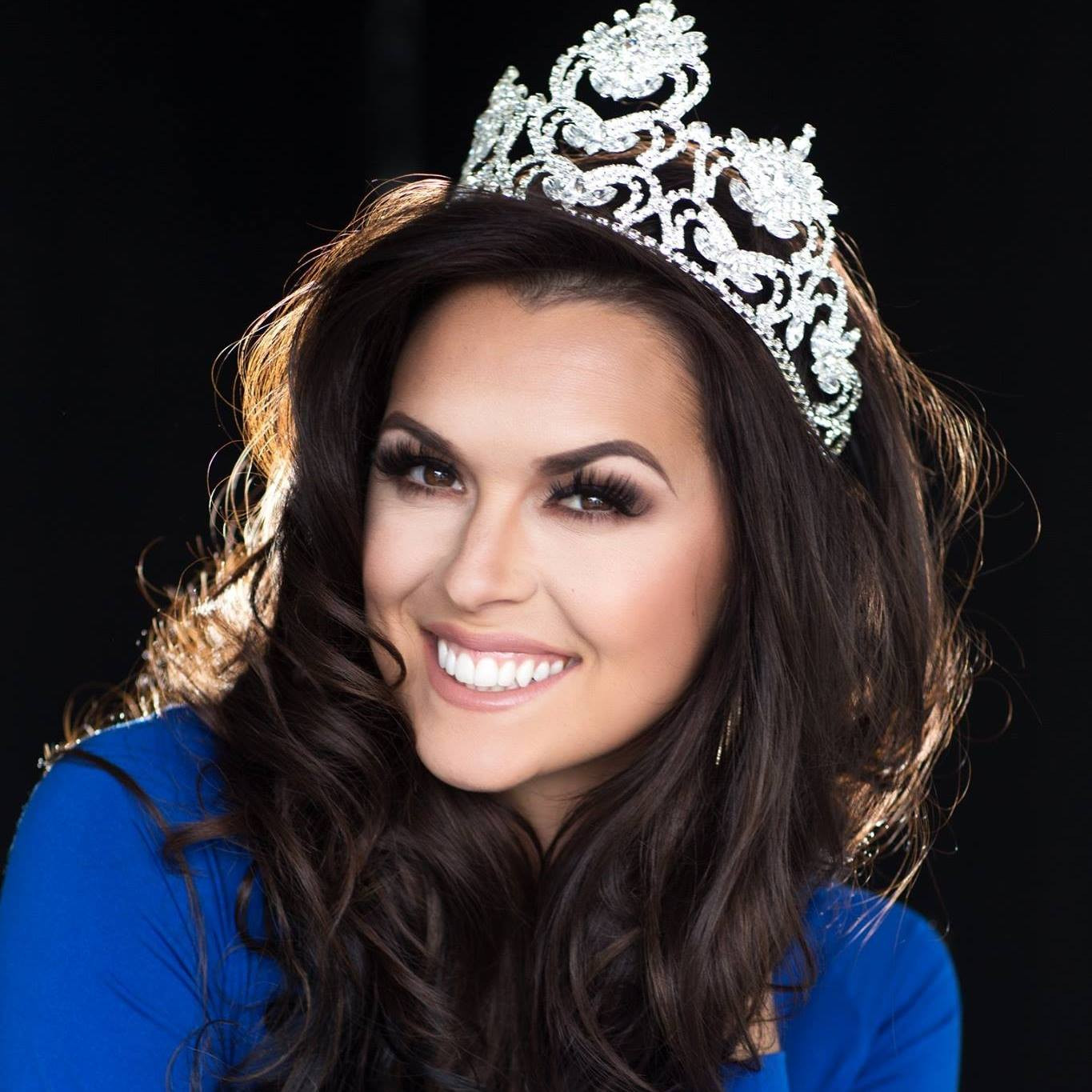 It's always empowering to see women continue to pursue their dreams no matter what obstacles appear in front of them. While some may think that pageantry ends once a contestant ages out or gets married, this is far from the truth. Mrs. World is just one international pageant that caters to married women. Alice Lee Ginnetta, Mrs. Hong Kong 2017, was crowned Mrs. World on December 16, 2017, in South Africa.

Mrs. America made history at the Miss World 2017 pageant by sending multiple contestants to compete at Mrs. World

This year, the Mrs. America Organization chose two more contestants to compete at Mrs. World. Julie Cangialosi, Mrs. District of Columbia America 2017, was awarded the title "Mrs. of America" and Charity Majors, Mrs. Idaho 2015, was awarded the title "Mrs. of the Americas." Cangialosi and Majors were both selected through an online voting contest that raised money for various charities.

10. Mrs. Thailand 2017, Wilasinee Vavaveenus This gown hugs Wilasinee Vavaveenus in all of the right places and shows off her great figure. Her figure is highlighted even more by the carefully placed beading on her gown. Since this gown is so eye-catching, a simple hairstyle is recommended, which is why her bun was a perfect choice!

9. Mrs. Borneo 2017, Melissa Seow Melissa Seow looks so long and lean in her evening gown! The vertical beading elongates her body and flows beautifully on this gown. In addition to this, she stands out against the black stage, making her the center of attention

8. Mrs. Costa Rica 2017, Jessica Miranda Although gowns with a mermaid silhouette are common during pageants, Jessica Miranda went the extra mile to make sure her evening gown stood out. The detailing on her gown is delicate enough to add that extra edge without distracting from her facial beauty, and the change in fabric featured on her skirt adds some fun movement on stage.

7. Mrs. Guatemala 2017, Lucía Flores The detailing on this evening gown is simply stunning! The beading on the bodice highlights Lucía Flores' figure while the beading on the skirt adds balance. This shade of baby pink also stands out well against the dark backdrop and looks lovely against her fair skin.

6. Mrs. Wales 2017, Peng Jasmine Lin Peng Jasmine Lin looked glamorous on the Mrs. World stage! The intricate beading on her bodice combined with this body-hugging skirt highlights her slim figure. The hanging fabric found on the back of her evening gown was truly unique, as no other contestant at this pageant wore a gown like this. If she wanted to stand out from the crowd, she got the job done!

5. Mrs. of the America's 2017, Charity Majors Can we just take a moment to fully take in all of the sparkles on this gown! Charity Majors literally shined on stage during the evening gown competition. Putting aside the fabric for a moment, the silhouette of this gown highlights her figure because of the banding on her natural waistline and, overall, makes her look like a queen.

4. Mrs. America 2017, Mekayla Eppers I love a gown that features some texture, and Mekayla Eppers did a phenomenal job incorporating this aspect into her evening gown. The detailing on her gown is both unique and delicate, which means it adds that extra something to her evening gown without distracting from her facial beauty. The train on her gown also helps in adding that extra edge since it creates movement on stage.

3. Mrs. World 2017, Alica Lee Giannetta After seeing this evening gown, it should come as no surprise to hear that Alice Lee Giannetta captured the title of Mrs. World 2017. Overskirts are currently trending in pageantry, which shows that Gianneetta is up to date in the fashion world. The v neckline and sheer skirt balances out the floral pattern by adding some sex appeal to her overall look.

2. Mrs. Peru 2017, Geral Salmon Some contestants may be hesitant to wear a green evening gown since it's usually uncommon in pageantry, so I love that Geral Salmon took this risk! This shade of green complements her skin tone and golden brown hair beautifully. The silhouette of this gown was the perfect choice for Salmon. Not only does it highlight her soft curves, but it adds an element of Hollywood glam to her overall look. Since this is a Mrs. pageant, the amount of sex appeal this gown features is just right!

1. Mrs. Ukraine 2017, Lina Ilnitska Lina Ilnitska shows is that it's all about the details! From the vertical designs to the feathers on her sleeves, this gown features so many glamorous elements. The vertical details are perfect for her since they highlight her slender figure. Off-white can be a difficult color to pull off, but Ilnitska does so with ease. This color complements her skin tone and brown hair beautifully and stands out well against the dark backdrop.

At the 2017 Mrs. World pageant, contestants were given the opportunity to show off a costume that represents their country. Although all of the costumes were eye-catching, there were some that stood out from the rest!

10. Mrs. UK 2017 It isn't every day that we see a historical garment on a pageant stage. Mrs. UK 2017 wore an authentic queen's guard jacket as part of her national costume for the 2017 Mrs. World pageant. In this case, the simplicity of her costume is balanced out by the true connection it has with her country.

9. Mrs. Hong Kong 2017 Bodysuits have become increasingly popular recently, and Mrs. Hong Kong 2017 looks stunning in hers! The ruby red color stands out on stage and looks lovely against her fair skin. The capes on her costume add a ton of fun movement on stage and only make this costume even more eye-catching. She looks just as fierce as the red dragon she was representing on stage!

8. Mrs. America 2017 Mrs. America 2017 makes a fabulous Wonder Woman! This classic costume shows off her incredible figure without being too sexy. The cape makes this costume even more patriotic and truly radiates American pride!

7. Mrs. Denmark 2017 Mrs. Denmark 2017 shined in her mermaid-themed costume, which represents Hans Christian Andersen, who was born in Denmark. Not only does the two-piece costume show off her figure, but the detailing on both the top and skirt are beautiful! Her headpiece ties this look together without distracting from her overall look.

6. Mrs. Borneo 2017 Let's just take a moment to fully take in this incredible costume! Not only did this costume immediately catch my eye, but I found myself wondering how Mrs. Borneo 2017 managed to look so graceful on stage while wearing such an ornate headpiece. Not only is this costume eye-catching, but the colors really stand out on the black stage.

5. Mrs. Malaysia 2017 What I love about Mrs. Malaysia's costume is the amount of detailing that went into it. You can see each feather on her wings, and the beading on her bodice is stunning. This costume is intricate, yet simple, which can be a difficult balance to achieve.

4. Mrs. Jamaica 2017 Mrs. Jamaica 2017 made such a smart choice by choosing a costume that shows off her toned legs! Just by looking at them, I can tell how hard she must have prepped for the 2017 Mrs. World pageant. The colors on Mrs. Jamaica's costume immediately pop out on stage and show the audience just how lively Jamaica is. Since her headpiece is so elaborate, I like that there isn't too much going on with the bottom half of her costume other than the train.

3. Mrs. Guatemala 2017 Can you get any more eye-catching than bright colors and metallics? This costume pops right off of the stage and looks great on Mrs. Guatemala 2017. The details on the bodice tie this look together and the belt on her waistline ensures that her figure isn't swallowed by the costume.

1. Mrs. Russia 2017 This costume emulates class and elegance! While most contestants use the national costume competition as a chance to show off their toned figures, Miss Russia 2017 chose a more modest approach. This unique costume choice immediately stood out from the rest! It isn't too often that you see pants on an international stage, so this costume immediately caught my attention. While this costume had the potential to be too simple, Mrs. Russia 2017 paired it with an ornate headpiece in order to prevent this. Her costume is a perfect example of balancing simplicity with glam.

How to compete in Mrs World Pageants?