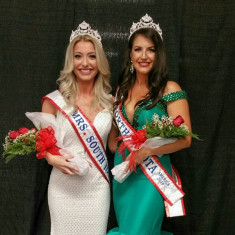 Message
Mrs. America" is a reality-based prime time television special featuring the most accomplished married women of America. Each year, 51 delegates (all U.S. states plus the District of Columbia) compete for the coveted title. Imitated but never duplicated, "MRS.AMERICAS" remains the first, and still the foremost competition for married women! This renowned national competition is devoted to emphasizing that America's 70 million married woman are extraordinarily beautiful, poised, articulate and versatile.

Each of the 51 contestants - ranging in age from the 20's to 50's -- earns the right to participate in the national event by winning her state competition. These states events are under the direction of MRS.AMERICA State Directors, a network of respected and talented community and business leaders reflecting one of the largest systems of its genre in the world. Their efforts over the past 3 decades continues as a year-long watershed effort to discover the most accomplished married women qualified to compete for the esteemed title.

Each year the new "MRS.AMERICA" will make personal appearances throughout the country during her yearlong reign, speaking to and for our country's Greatest Natural Resource and most important constituency -- its married women. The new "MRS.AMERICA" will also represent the United States at "MRS.WORLD," on the television special seen around the world to be broadcast live. 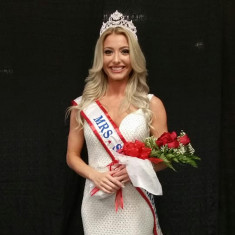