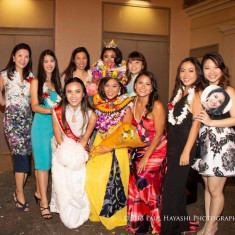 Message
It was Hawaii’s fragrant sandalwood that initially caught the attention of enterprising Chinese in 1789. While some of these adventurous sojourners eventually returned to China, many settled, establishing families and businesses in Hawaii. Their pride and skill in assimilating, while retaining their culture, provide the foundation which has propelled the Miss Chinatown Hawaii Pageant to become one of Hawaii’s foremost Chinese cultural events. The Miss Chinatown Hawaii Pageant provides young Chinese-American women an opportunity to deepen their understanding and appreciation of their Chinese heritage.
Each year, the Miss Chinatown Hawaii Pageant organization seeks outstanding women of Chinese descent to represent the community as semi-finalists in the Miss Chinatown Hawaii Pageant. These semi-finalists receive training in Chinese history and culture, Chinese cooking, make-up, beauty and poise, interviewing, public speaking, self-defense, and personal development. Through the help of numerous volunteers and experts in their fields, contestants are challenged mentally, physically, and spiritually during the months prior to the pageant. In addition, participants develop valuable friendships that often last a lifetime.

Miss Chinatown Hawaii will represent the Chinese community in the Miss Hawaii pageant (a preliminary pageant for Miss America). The Miss America Pageant is the nation’s leading achievement program and the world’s largest provider of scholarship assistance for young women.

Today, the Miss Chinatown Hawaii Pageant is a nonprofit organization run solely by volunteers, whose mission is to perpetuate the Chinese culture in Hawaii through awareness, developing leadership skills, public speaking, and participation in community service. While participants deepen their understanding and appreciation of their Chinese heritage, the pageant provides young women with the opportunity to develop friendships as they work closely with former contestants and queens who serve as friends, role models, and coaches. 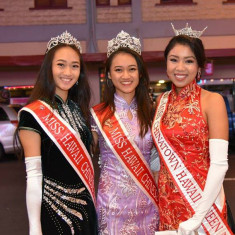