Michael started drawing dresses on the walls of his bedroom at the age of two and had opened his first retail store by the age of 15. That store was located in Palm Springs Florida.

Out of this retail space he began creating custom pieces for celebrities like Céline Dion, Toni Braxton, Barry Manilow and Suzanne Somers.

In 2010, Michael appeared on the 8th season of Project Runway where he placed 4th place and was a fan favorite.

On January 26, 2014, Michael Costello garnered nationwide attention by dressing Beyoncé for the 56th Annual Grammy Awards, where she took home 3 Grammy wins. The iconic white lace dress became one of the most recognizable dresses in the history of the Grammys and Costello credits that moment as the turning-point of his career.[4] Since then, Costello has become one of Beyoncé's top go-to designers and has continuously dressed her for On the Run Tour, The Mrs. Carter Show World Tour, Grammy-sponsored Stevie Wonder tribute, the Wearable Art Gala at the California African American Museum, and more.

In 2016, Michael Costello collaborated with award-winning costume designer Lou Eyrich to design gowns for Lady Gaga for American Horror Story, leading up to the team's Primetime Emmy Award win for Outstanding Costumes For a Contemporary Series, Limited Series or Movie.

On July 12, 2016, Michael Costello appeared on Good Morning America and won a nationwide fashion challenge. The following day, he worked with Kim Kardashian in creating a red carpet dress for the ESPY Awards. The styling session was filmed for E! Entertainment Television's Keeping Up With the Kardashians. 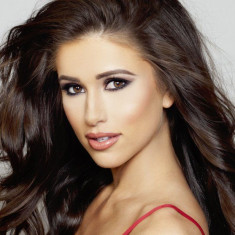