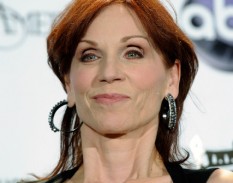 Marilu Henner is an American actress, producer, radio host, and author. She began her career appearing in the original production of the musical Grease in 1971, before making her screen debut in the 1977 comedy-drama film Between the Lines.

Christine did my hair and makeup when I competed at Miss SC, and it enhanced my experience tremendously. I loved time spent getting ready with her. It was a much needed mini vacation amongst the hustle and bustle of pageant week, and I always looked flawless! She's the only person in the upstate I'll let near my hair. If you're looking for someone who will not only make you look your best but also become a dear friend in the process, Christine is your girl!

Christine and her staff are always very professional and hard working! I am a LED and we enjoy working with her in preparing our titleholders! Her work is always beautiful and she is wonderful to work with!

Christine did my hai and makeup for Miss SC MAO for 3 years in a row and did a fabulous job! She is now my regular hair stylist and does my cuts and color. I am a pageant coach in the area and I refer all of my clients to her because I've seen what a great job she does!