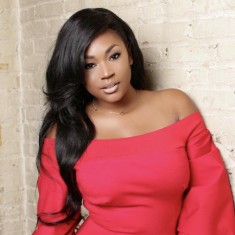 She began her undergraduate studies at Marymount University in Arlington, VA where she earned a dual Bachelors Degree studying Communications and Fashion Merchandising. While at Marymount, Ciera was heavily involved in a number of organizations. She established the female empowerment group, The L.I.S.T. (Ladies Inspiring Strength for Tomorrow), and served as President and Vice President. In addition to The L.I.S.T., she served as Head of Public Relations for the Marymount University Fashion Department.


Upon returning to the D.C./Maryland area, Ciera competed for and won the titles of Miss Maryland United States 2013 and Miss District of Columbia USA 2014. Within those two years, Ciera used her titles to empower inner city youth in D.C. and Baltimore to continue their ambitions. She represented Maryland in the 2013 Miss United States pageant and she represented D.C. in the 2014 Miss USA pageant.

She then made appearances as an actress on several television shows such as, House of Cards, Survivor's Remorse & more to name.

Currently, Ciera is a pageant coach and owner of Crown Bound Pageant Consulting. She coaches girls and young women from ages 13-28, teaching personal branding and development, etiquette, and confidence building, in addition to preparing them for their perspective pageants.

She also is a Business Advisor helping small and local business thrive in the digital space using cutting-edge technologies and omni-channel marketing. 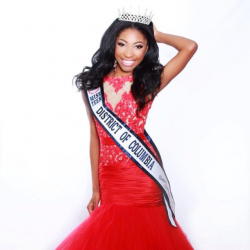