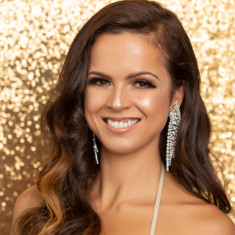 Yamina Sara Chekroun is an attorney and first generation immigrant of North Africa. She graduated with honors from the University of Toronto in Political Science and Sociology and holds a law degree from the City University of New York School of Law, a public interest law school dedicated to law in the service of human needs.

Yamina has worked with low-income and homeless populations since the age of sixteen, when she started as an outreach worker at a peer-led public health project in a downtown Toronto community center. Later, she served as the North American Representative of Youth RISE, an international youth-led organization dedicated to providing health care services and advocating for human rights for young people with substance abuse issues in addition to providing innovate, effective, and tailored solutions to preventing the spread of Hepatitis C and HIV/AIDS.

During her studies she spent two summers as a full time volunteer providing free legal services. She volunteered at the Door, a comprehensive youth development services center in SoHo Manhattan, where she worked with undocumented and unaccompanied immigrant youth to prove Special Juvenile Status and successfully obtained green cards for all of her young clients. Yamina also volunteered at The Drug Policy Alliance headquarters in Los Angeles, California, where she worked directly alongside the State Director in drafting proposed legislation aimed at reducing mass incarceration and promoting evidence-based policies to keep communities safe in alliance with local law enforcement agencies.

After law school, Yamina pursued her passion for social justice and landed a contract at a non-profit law firm in the South Bronx, the poorest Congressional District in the United States. As a lawyer, she represented families with children who were at risk of eviction by connecting them to life-changing social services and advocating for their rights in court. Currently, she helps young moms start their own businesses by providing them with the essential legal structures that forges their path to success.

She has travelled to the Middle East, Europe, and South America in the pursuit of learning from the beauty and wisdom of other cultures. When she is not exploring new fitness studios, practicing ballet barre or running by the water, you can find her in the kitchen cooking plant-based creations that even meat lovers adore. An avid and early investor in crypto-currencies, she keeps herself informed of developments in blockchain technology in hopes of pioneering a space for women in that emerging market.

What is the Occupation of Yamina Chekroun