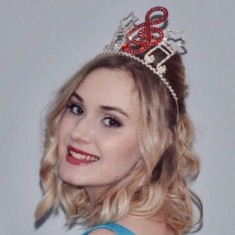 Sophia Wojdak is a Canadian Pageant girl, born and raised in Edmonton, Alberta and is competing to be a Miss Teenage Canada delegate at Miss Teen Alberta in February

What is the Occupation of SophiaRosalieWojdak

Which School Did SophiaRosalieWojdak Attend?

I was that girl sitting in front of her television every year, wide eyed at the beautiful, intelligent, accomplish women who competed in Miss America, and after a close friend underwent a tragedy, I realized if I wanted to do something in life I had to take a chance on my dream, so I researched, trained, and signed up for Miss Teen Alberta with the help of a bunch of current and former pageant girls along the way.

Sophia has written multiple novels, as well as a one act play that she directed and put on in her schools one act festival. She works as a Cappies Edmonton Journal Theatre critic and has been acting since she was child, most recently in a production of A Midsummer Night’s Dream at her High School. She has five dogs and two cats, and volunteers with the Cystic Fibrosis Association of Canada, spearheaded her schools “Adopt a Teen” fundraiser program and volunteers as an assistance cheer coach in her spare time.

What is the Nationality of SophiaRosalieWojdak