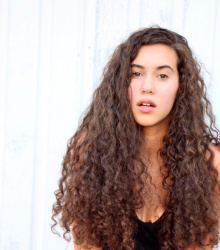 My decision to compete in pageantry was purely based in the fact that I love the vision that is Pageant 360. At first my participation in Pageant 360 was primarily to build it's vision, as I have a relationship with the pageant's founder. However, after being involved in the pageant world, I now have a deep love and appreciation for the industry.

My pageant platform was the abolition of human trafficking.

Which School Did Sierra Noel Attend?