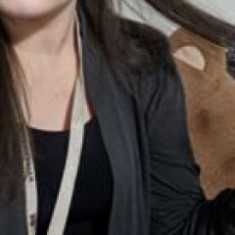 Samantha "Sammi" Bessette is twenty-years-old and from East Hampton, Connecticut. She dreams of being on Broadway. Her talents include singing, dancing, and acting. She is also passionate about figure skating and Disney. She began dancing at the age of three. She is best known for her role as Ursula in The Little Mermaid. She began singing at fifteen-months and even sang opera at the age of two! She hopes to be crowned and wishes everyone the best of luck!

I started competing in pageants because I decided to show a different kind of beauty. Beauty is not only on the outside, but it is on the inside as well. Anyone can be a princess! :)

She has worked with Broadway legends and done Disney voice-overs

What is the Nationality of Samantha Madison Bessette